Don't Listen to Billionaires Who Complain About Taxes 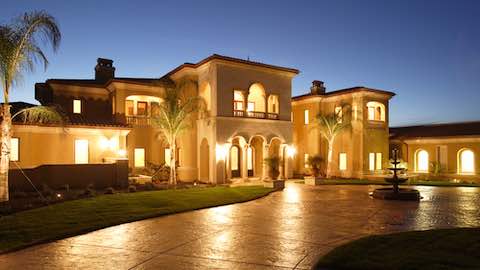 When the United States last had a top tax rate of over 70 percent, it was a period of unparalleled prosperity.

Once upon a time, there was a place where the prevailing ethic of the very richest people was that monetary self-indulgence was tacky. Wealth, they believed, was a matter of good fortune, carrying with it an obligation to the Common Good.

Believe it or not, that place was the United States. Where did it go?

The prevailing ethic of today's billionaire's club is one of entitlement, superiority, and grandiosity -- including flaunting their wealth like the robber barons of old. For example, a ludicrously large "house" is under construction in Florida for one of our modern-day barons, boasting 11 kitchens, five swimming pools, and a 30 car garage.

Worse, the billionaire class is asserting its sense of plutocratic privilege by weaponizing their huge fortunes. They've been spending massively (and often secretly) to build a culture of inequality across our land.

To their dismay, however, America's workaday majority is rebelling, with newly elected democratic populists like Alexandria Ocasio-Cortez proposing a 70 percent tax rate on incomes above $10 million. "Oh, the horror," shrieked billionaires like computer magnate Michael Dell: "Name a country where that's worked," he demanded dismissively.

Okay, Michael: How about the United States?

Yes, between the end of World War II in 1945 and Ronald Reagan's coddle-the-rich government in 1981, the top tax rate never fell below 70 percent -- and that was a period of unparalleled growth and prosperity for America's middle class.

Dell, who lives in a sprawling 33,000-square-foot house with all the charm of a shopping mall, confuses value with money and has no grasp of the essential richness of American egalitarianism. We shouldn't be listening to people like him (much less being governed by them) just because they are rich.

If we don't do more to help each other, and the earth, we are indeed at peril.

"Don't Listen to Billionaires Who Complain About Taxes"