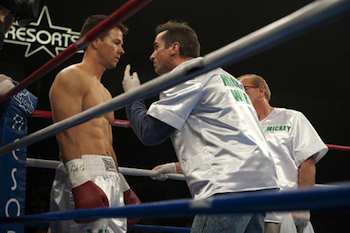 Six years ago Clint Eastwood's "Million Dollar Baby" showed up late in the release calendar and walloped enough fans of boxing melodrama cliches to send it straight to the Academy Awards.

Now comes "The Fighter," an off-center but exceptional boxing film that I prefer in every aspect, especially one: It feels like it comes from real life as well as the movies.

Set and shot mostly in Lowell, Mass., with a wonderful eye for atmosphere, this one took a long time to get made.

Originally "The Fighter" was to be filmed by "Black Swan" director Darren Aronofsky. David O. Russell, whose stimulating resume ("Flirting With Disaster," "Three Kings") reveals a much wider stylistic range than Aronofsky's, took over. Excellent choice. As written, this true story of welterweight Micky Ward and his trainer-brother, Dicky Eklund, careens from addiction themes to brotherly love and familial crises to the sort of comedy the boxing genre typically resists. The comedy feels natural and right, because "The Fighter" concerns itself more with Ward's squalling family than with what goes on in the ring.

Dicky, played as a chemically addled whirligig by Christian Bale, was once the "pride of Lowell," having knocked down (or did he slip?) Sugar Ray Leonard. Lately Dicky has been relegated to the role of trainer; his half-brother, Micky, played by Mark Wahlberg, is the family's new hope for boxing glory. Alice, the siblings' formidable, chain-smoking mother, also has seven -- count 'em, seven -- big-haired daughters who run as a heavily aerosoled pack. The fabulous Melissa Leo has a ball as Alice, Micky's manager, whose ruling credo when it comes to outsiders is simple: Do not trust them if they're not related.

The latest in a series of run-ins with the local police lands Dicky in jail, and while the title "The Fighter" is singular, it refers to just about everybody on screen. Dicky's recovery, both in terms of his addiction and self-worth, runs parallel to Micky's rise in the ring once he has (temporarily) left the bosom of his family. The film does not deal with Ward's career highlight, the bouts against Arturo Gatti; rather, Russell and company keep the focus where it belongs. As Micky's lover, Charlene, Amy Adams delivers the sort of honesty and hard-shell truth we too rarely see with depictions of working-class characters in American movies. Jack McGee, as Micky's bulldog of a father, couldn't be better. Real-life Lowell cop and boxing trainer Mickey O'Keefe plays himself. These are all faces to remember.

Three-quarters of "The Fighter" is terrific, and plays exactly like the film Russell wanted to make. The final quarter is more like the film he felt he had to deliver, to get by with the rest. The climactic fight doesn't quite come off (it's filmed indifferently, with a series of conventional fade-outs and dissolves). And as impressive as Bale's performance is, you're made aware of the actor, acting, mightily, as opposed to inhabiting a flamboyantly combustible character with ease.

Small matters in a rich experience. It's one of the year's best, and I liked it even better the second time.

MPAA rating: R (for language throughout, drug content, some violence and sexuality). 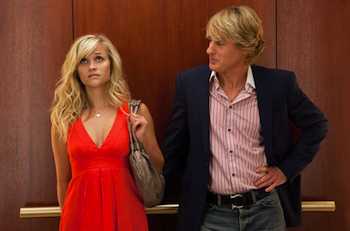