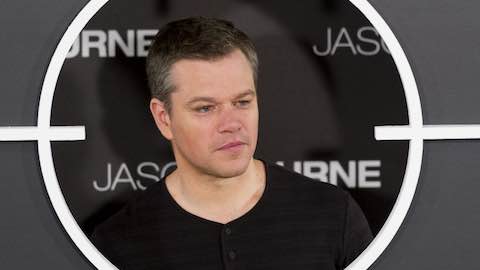 We averaged movie ratings for 24 modern action series, from Captain America to X-Men to Pirates of the Caribbean. Bourne fares extremely well, but is he No. 1?

July 29 marked the release of "Jason Bourne," the fifth entry in a modern-day action series that's part "Memento," part "James Bond." Based on the Robert Ludlum books, the series follows a former CIA assassin who's lost his memory. He's resourceful but bewildered, trained to kill but clueless about his past.

Backup star Jeremy Renner filled in for the Matt Damon-less fourth movie, but Damon will reprise his starring role for the fifth. Paul Greengrass -- who directed the second and third entries -- will also return.

Outside the cozy confines of childhood fantasy (see: "Harry Potter"), pushing a series beyond two or three films tends to lead to trouble, whether critically, commercially or both. Consider the bang of the original "Saw" next to the whimper of "Saw: The Final Chapter." Or look to the charm of the original "Transformers" against the near-universal dissatisfaction with "Age of Extinction". From "Terminator" to "Pirates of the Caribbean," "Spy Kids" to "Scary Movie," the list goes on and on.

But Bourne has mostly bucked this trend.

Yes, the Renner-led "Legacy" suffered a small dip in ratings and box office success, but it was by no means a flop. If "Jason Bourne" goes on to charm critics and conquer the box office, is it safe to call Bourne the best action series of the millennium?

To answer that question, PrettyFamous -- an entertainment site from Graphiq -- rounded up Rotten Tomatoes ratings, Metacritic averages and IMDb scores for 24 of the biggest action series since 2000.* The team then normalized the review scores on a scale from 0 to 100 for every film in each series. Finally, they made a small adjustment for box office success. The following list emerged.

*Specifically, PrettyFamous only looked at major action series with at least three entries, with the majority of entries coming out after the year 2000. Some series with a very recent third entry -- like Star Trek -- did not qualify, because review scores and box office figures have yet to be finalized. While the list is not necessarily comprehensive, it should cover most of the major action series of the last 16 years.

Note: averages include scores for all films in the series, not just the first three or four.

Strong series like "Spider-Man" (the Tobey Maguire version), "Mission: Impossible" and "Men in Black" each suffer from a single stinker. Meanwhile, series like "Pirates of the Caribbean" and "X-Men" simply don't reach the same heights as Bourne. Finally, you've got nose-divers like "Rush Hour," "Taken" and "Transformers" -- great originals that spawned mediocre sequels.

By almost any measurement, however, Christopher Nolan's Batman series claims the top spot. As if the first and third entries ("Batman Begins" and "The Dark Knight Rises," respectively) weren't already good enough, "The Dark Knight" ensures the series' place in history. It's the single highest-scoring film on the whole list.

Meanwhile, the Bourne series fares quite well -- tied for the fourth-highest average on the list -- but must still settle for less than the best.

Suppose, however, that we only counted the first three Jason Bourne flicks -- that is, those starring the venerable Mr. Damon? In that scenario, the Bourne series jumps to second place, outpacing "Captain America" and "Iron Man." In other words, it's no wonder Universal has gone back to the Damon-Greengrass well -- arguably the second-most reliable tandem in modern action cinema.

Still, the stakes for "Jason Bourne" are high. A strong entry would solidify the series' status as a modern-day classic, more beloved than recent Bonds, better reviewed than "Captain America." Just as easily, a poor showing would flip the narrative entirely: a further misstep along the Renner-blazed trail.

More: How the Summer Blockbuster Got Worse -- and Why Hollywood Doesn't Care