How the Summer Blockbuster Got Worse and Why Hollywood Doesn't Care 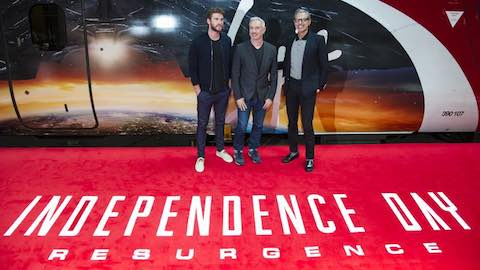 How the Summer Blockbuster Got Worse and Why Hollywood Doesn't Care

Over the last 10 years, Hollywood has turned into a summer blockbuster machine, with a more reliable parade of hits than ever. There's just one problem...

Look back a few decades, and you'll find a series of summer classics, from "Back to the Future" (1985) to "Top Gun" (1986), "Jurassic Park" (1993) to "The Lion King" (1994). Today, films like these remain iconic, with cult followings, Broadway spinoffs and theme park rides. Next to today's glut of super hero sequels, you have to wonder whether summer blockbusters have lost their edge, trading innovation for familiarity, risky bets for safe retreads.

But could it just be nostalgia?

In order to find out, the PrettyFamous team looked at every summer movie with at least $50 million in inflation-adjusted box office proceeds since 1985. The team then charted the average Rotten Tomatoes scores for these films for each of the last 30 summers.

It turns out summer hits have indeed gotten worse, with average Rotten Tomatoes scores dipping from more than 70 percent in the 1980s to well under 60 percent by the turn of the millennium.* The scores are based on the opinions of hundreds of movie critics. How did this happen?

*Controlling for year-to-year swings, the three-year rolling average declined from 71 percent in 1987 to a low of 51 percent in 2006.

Start with the sequel. The sequel's rise has been well-documented, a trend that began in earnest in the mid-1980s. The pattern only becomes more pronounced when you focus on box office winners. For example, take a look at the highest-grossing summer film each year since 1985. The visualization below highlights all sequels, prequels or reboots in blue.

From 1985 through 2000, we could count on a sequel to win the summer about once every three years. Since 2004, we've only had two years where a sequel or prequel hasn't been the top-grossing movie. And it's not limited to just the highest-grossing summer film. Over the last 10 years alone, the number of sequels in the top 100 highest-grossing movies has more than doubled.

Why is this a problem? When it comes to reviews, sequels almost always receive lower scores than their predecessors. The more sequels dominate May, June, July and August, the more the quality of the summer blockbuster declines.

You might think Hollywood would course-correct following a string of low review scores, but naturally, money speaks far louder than film critics. Despite the dip in quality, the average summer hit makes just as much now as it did 30 years ago. What's more, there are far more "hits" today -- that is, films making more than $50 million in inflation-adjusted U.S. box office -- than there were in the '80s and '90s.

Put simply, Hollywood has stumbled upon a recipe: take a hit movie (usually about superheroes), then make as many sequels, spinoffs and reboots as possible. Swallow the lower review scores, then watch the box office proceeds fly in. Everyone wins. Except movie fans.

Technology journalist Shane Snow points out that sequels don't actually make as much profit as originals, given sky-high sequel marketing budgets. But sequels remain far safer bets -- monetarily -- than just about any other type of film. Better to ride the coattails of the original's success and pocket a modest, near-guaranteed profit, than risk everything on a truly original idea.

As if it wasn't already bad enough, 2016 looks poised to set a new low for terrible (but profitable!) sequels.

So if you miss the good old days of "Jurassic Park," it's not just nostalgia talking. Summer cinema really has gotten worse. And no, "Jurassic World" is not the answer.

Movies & Movie Reviews: How the Summer Blockbuster Got Worse and Why Hollywood Doesn't Care