How the Media Distorts Your Body Image 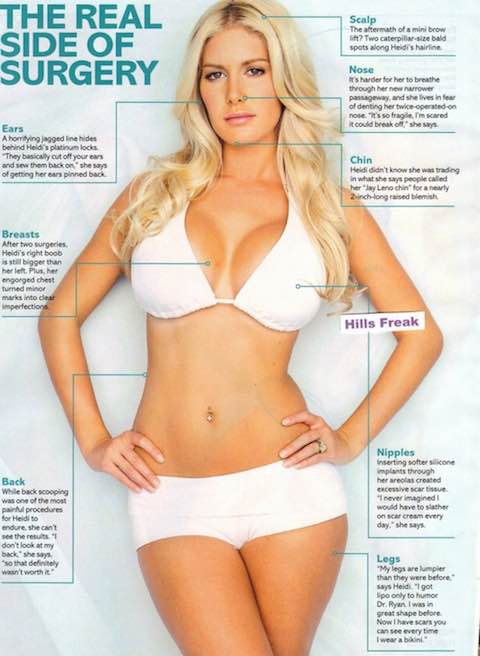 How the Media Distorts Your Body Image

There’s a sneaky force taking over the minds of girls everywhere. Sound like the evil plot of a dark fictional cartoon?

Fact is, TV and other forms of media, like teen magazines, have a huge influence on the health of teen girls.

What you watch on the tube affects your self-esteem, shopping decisions and even facial expressions (eye-roll much?). But most of all, it affects how you feel about your body.

According to a recent study by the Girl Scout Research Institute, nearly three-fourths of girls fess up to comparing their looks to those of girls in the media.

On ABC’s “Ugly Betty,” the main character is forced to face her insecurities as a misfit working in the perfectionist world of fashion magazines. Surrounded by stick-thin models and cosmetically enhanced editors, Betty embraces a unique sense of style, which, along with her size, sparks ridicule from her co-workers.

But here’s the thing: Betty is the most normal one of the bunch, braces and all!

Props to America Ferrara, who plays the lead role, for rocking the same healthy attitude in real life that Betty portrays on the show. America, like Betty, doesn’t get blinded by the glitz and glam of celebrity culture. And Betty, like America, feels OK about herself despite her superficial surroundings. Maybe that’s because she knows models are thinner than a whopping 98 percent of us!

Welcome to “The Real World”

Here’s something that might shock you: Celebrities are human! That’s right, the celebs you see on TV get zits, wake up with dark circles under their eyes and have frizzed-out hair days. So why do they always look so put together on camera?

Well, you’d have a celeb-perfect look too if you had an entourage of professionals -- makeup artists, hairstylists, custom spray-tanning pros -- to help you get ready for school in the morning, right? And then there are all those other tricks of the TV trade: lighting, camera angles, digital editing.

Glance around your classroom, and you’ll see girls of all different body types. Does TV represent this? Hardly. Even “reality” shows like “The Real World” on MTV almost always cast only those who photograph the best. (Realize too that the most photogenic people are not necessarily the most beautiful.)

Montag got sucked into the “perfect beauty” myth and recently underwent a 10-hour marathon of plastic surgery to drastically alter her appearance.

Among other procedures, Heidi had her breasts increased to DDD size; liposuction on her neck, waist, hips and thighs; and a butt augmentation. On top of the changes to her bod, she had so many alterations done to her face that she’s barely recognizable as the fresh-faced young girl she used to be.

She was so pretty before, and now she looks weird,” says 11-year-old Megan, a Girl World Daily reader. “TV can be a big influence, but I’ve learned it’s basically kinda fake. Nobody is perfect!”

Woman to Woman - How the Media Distorts Your Body Image