Peanuts - Snacks that Protect Your Health 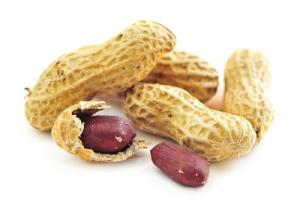 If all the foods that you could reach for, peanuts must be the most democratized -- widely available and inexpensive enough to serve as half of the world's most famous sandwich filling.

Not only are they rich in resveratrol, the antioxidant found in red wine and dark grapes, but they also contain oleic acid, the same compound that makes olive oil a healthy monounsaturated fat.

Peanuts may be native to South America, although they are now grown widely around the world, but they deliver many of the health benefits linked to the cardio-protective Mediterranean diet.

And more: In a recent study conducted at the University of South Florida, researchers found that the resveratrol found in peanuts can prevent fatty liver disease, which is linked to both alcohol consumption and obesity.

"Resveratrol is a useful compound that can keep negative alcohol effects in check," observes Min You, head of the South Florida team.

In the study, resveratrol reduced the amount of fat produced in the liver of mice fed alcohol while also increasing the rate at which the fat broke down. No wonder they're so popular as a bar snack. Other studies have shown that resveratrol protects against cancer, and it improves blood flow to the brain, reducing the risk of stroke.

Resveratrol is not the only antioxidant in peanuts.

In fact, peanuts contain antioxidants in amounts that rival those in blackberries and strawberries -- and exceed those in apples, carrots, and beets.

What's more, the high antioxidant levels in peanuts are thought to explain the consistent decrease in death rates seen among participants in the Iowa Women's Health Study.

Other researchers have found that peanuts are particularly rich in the polyphenol antioxidant p-coumaric acid, which has been shown to protect against atherosclerosis by shielding cholesterol from oxidation.

Roasting peanuts increases the level of the antioxidant by as much as 22 percent. That makes the humble peanut of value for delaying widespread effects of aging on brain and body as well as boosting immune function.

The heart-health value of peanuts also stems from the composition of the unsaturated oil, which contributes 50 percent of the nut's calories. But wait a minute -- doesn't that make peanuts a poor choice for dieters?

Studies have consistently shown that regular peanut eaters have a lower body mass index than those who don't partake. A high satiety quotient seems to lead peanut eaters to automatically compensate for the nuts' caloric value.

Like other legumes, peanuts are a good source of protein and a number of other vitamins and minerals. Chief among them are niacin, or vitamin B3, and folate, both contributors to the health of the nervous system and brain circulation.

Add it all up and it ain't peanuts.

[ Also: Drinking Coffee May Be Good for You ]