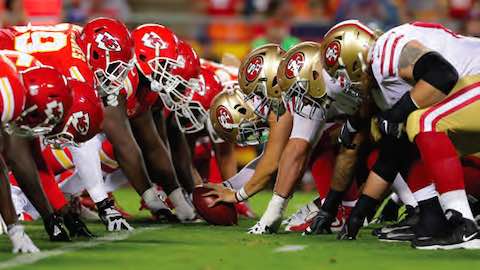 Let’s get this out of the way first: Richard Sherman is going to the Super Bowl. The Seahawks are not.

Let’s get this out of the way second: Frank Clark is going to the Super Bowl. The Seahawks are not.

Let’s get this out of the way third: The Seahawks season was ended a week ago by a Packers team that not only isn’t going to go to Super Bowl LIV in Miami, it may have to present identification documents to be admitted to the 2020 NFL season.

From the Seattle perspective, conference-title weekend brought a bad taste for Seahawks fans. As if somebody slipped brake fluid into a post-season cognac.

Sherman’s San Francisco 49ers are the NFC champs, Clark’s Kansas City Chiefs are the AFC champs. No one who watched either conference title game has a complaint about the legitimacy of either Super Bowl entrant. No inexplicable officiating calls turned the outcomes. No lucky plays had big influence.

Most important, no one is accusing the winners of stealing signals.

For the second week in a row, the Chiefs spotted a playoff opponent a half-lap lead in a one-lap race and ran them down by the three-quarter mark.

In the 35-24 win (box) over the Tennessee Titans, Patrick Mahomes, down 17-7, took back the title of best NFL QB from Lamar Jackson. In the six quarters since the Chiefs trailed the Houston Texans 24-0, Mahomes was 42 of 62 for 572 yards with eight touchdowns and no turnovers. Sunday he ran eight times for 53 yards, including 27 yards on perhaps the best TD run by a QB in NFL playoff history.

For the second time this season, the Niners dope-slapped the Packers, following a 37-8 regular-season blasting with a 37-20 win Sunday (box) that was over before the late-arriving San Francisco fans had a chance to leave early. The Niners are 15-3 in a year after they were 4-12, becoming the third team to make it to the Super Bowl a year after winning four or fewer games, joining Cincinnati (1988) and the Rams (1999).

The Packers became the worst 14-4 team in NFL history because, a week after holding the Seahawks to 110 rushing yards in 24 carries (64 by QB Russell Wilson), they gave up an unbelievable 285 yards on 45 carries to the Niners.

RB Raheem Mostert, who played for the Eagles, Dolphins, Ravens, Browns, Jets and Bears and never had a single NFL carry until he joined the Niners, freight-trained the Packers for a franchise-record 220 yards, and became the first in NFL playoff history to rush for 200+ yards and four TDs.

From the Seattle perspective, three thoughts:

Think about that last one as you prepare for a great Super Bowl matchup, while staying true to Marshawn Lynch’s advice to take care of y’alls mentals.