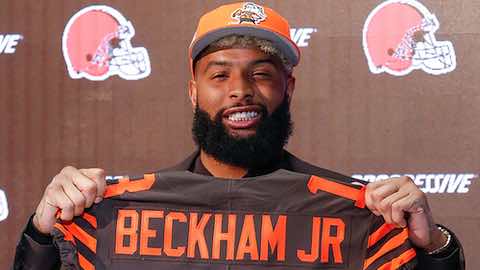 Whether through free agency or trades, this offseason contained big-name moves that may alter the landscape of the 2019 NFL season.

At the quarterback position, two Super Bowl MVPs switched teams in 2019, as JOE FLACCO was acquired by Denver and NICK FOLES signed with Jacksonville.

"[Nick Foles] is the right person, the right quarterback for our team and our community. Nick is a winner. He led his team to a Super Bowl championship in 2017 and was selected as the coveted Super Bowl MVP. Adding Nick to our roster has made our team better." -- Jacksonville EVP of Football Operations TOM COUGHLIN