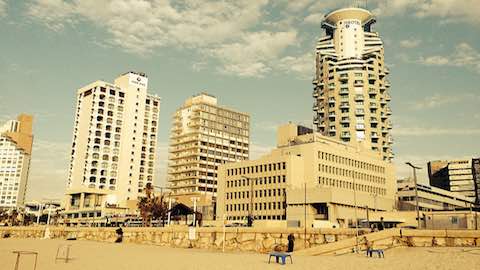 Trump could achieve a durable peace in the Middle East by recognizing East Jerusalem as the capital of Palestine, elevating the status of the US consulate in East Jerusalem to the level of an embassy.

In his article 'The Islamic scramble for Jerusalem' in The Strategist, former Israeli diplomat Jacob Rosen-Koenigsbuch claimed that 'the Palestinian Authority, consciously or unconsciously, [is] in competition, and eventually on a collision course, with Jordan about which country will have the special role in Jerusalem's holy shrines', and that Morocco, Saudi Arabia, Turkey and Iran are also competing with each other over the Muslim holy sanctuaries in Jerusalem. That is far from the truth.

No Muslim ruler or country claims sovereignty over occupied East Jerusalem other than the Palestinian Authority (PA). The current Jordanian role with al-Haram al-Sharif is due to the fact that Jerusalem was occupied while it was under Jordanian rule and the Palestinian Authority is prevented by Israel from looking after al-Haram al-Sharif. This agreement was made between the Jordanian government and the PA. The Vatican, Sweden, Russia, China, India, Indonesia, Thailand and 138 other states recognise Palestine with East Jerusalem as its capital.

All Muslim countries want Jerusalem and its holy sanctuaries to be liberated from Israel's occupation, but being a city holy to Muslims doesn't mean they claim a special role and sovereignty over it, just as no Catholic country claims sovereignty over the Vatican because it's holy to them.

Similarly, being also holy to Jews doesn't give Israel the right to colonise the city. These colonialist ambitions don't belong to the 21st century. The Crusaders and others have tried and failed.

Jerusalem was originally established by the Jebusites, an Arab Canaanite subgroup who are the Palestinians of today, and has throughout history been their spiritual, commercial and cultural capital. We were a settled, urban and advanced society before nomadic Hebrews came to our country.

When Abraham and his Hebrew tribe arrived in Palestine for the first time from Ur in Mesopotamia (today's Iraq), Palestine was already inhabited and Jerusalem had been a prosperous and walled city with a king, Al Adel al Sadek Salem, for over 1,000 years. The Old Testament tells us that King Al Adel al Sadek went to the outskirts of Jerusalem to welcome Abraham and his tribe and offered gifts of bread and wine.

When Moses led the Jews out of Egypt to conquer the land of the Canaanites, he described it to them like this:

Jerusalem is an occupied city and widely recognised as such. This fact was also emphasised by the International Court of Justice in the ruling it issued in July 2004.

Palestinians are living under military rule in East Jerusalem. They're discriminated against, and land and property has been confiscated for the use of Jews only. Christian and Muslim Palestinians from the rest of the occupied territories aren't allowed to go and live in their capital, while Jews from anywhere in the world can move to Jerusalem.

Israel is internationally isolated, and isolated with its blind guardian, the United States. At the UN recently, they couldn't find more than a handful of small states (Micronesia, Marshall Islands, Nauru, Palau, Togo, Guatemala and Honduras) to stand beside them.

The status of Jerusalem and the right of the Palestinian people expelled from their homeland in 1948 are the two most important issues to be solved in accordance with international law and UN resolutions for durable peace to be achieved in Palestine.

Washington's letter of assurances given to the Palestinian delegation attending the 1991 Madrid peace conference states:

The United States understands how much importance Palestinians attach to the question of east Jerusalem. Thus, we want to assure you that nothing Palestinians do in choosing their delegation members in this phase of the process will affect their claim to east Jerusalem, or be prejudicial or precedential to the outcome of negotiations. It remains the firm position of the United States that Jerusalem must never again be a divided city and that its final status should be decided by negotiations. Thus, we do not recognize Israel's annexation of east Jerusalem or the extension of its municipal boundaries.

Unlike Israel's claim to all of Jerusalem, the Palestinians have a number of fair offers for a solution.

Trump's decision to recognise Jerusalem as Israel's capital will never be accepted by Arabs and many other people around the world. It'll continue to fuel the flames of their anger against the US, Israel and all complicit regimes.

Or, Trump could achieve a durable peace in the Middle East by recognising East Jerusalem as the capital of Palestine, elevating the status of the US consulate in East Jerusalem to the level of an embassy, and inviting Prime Minister Benjamin Netanyahu and President Mahmoud Abbas to Washington to resume peace negotiations under international supervision.

It's time the US, as a superpower, dealt credibly and responsibly with the Palestinian question, and adopted a policy based on justice, international law and the right of self-determination for the Palestinian people.

Trump can do that if he wishes. By doing so, he would regain some of the respect and credibility the United States has lost around the world.

Ali Kazak established the Palestinian diplomatic mission in Australia and was head of the Palestinian delegation to Australia, New Zealand and the South Pacific from 1980 to 2006. Image courtesy of Flickr user Andrew3000.