The Uncertain Future of Brazilian Democracy 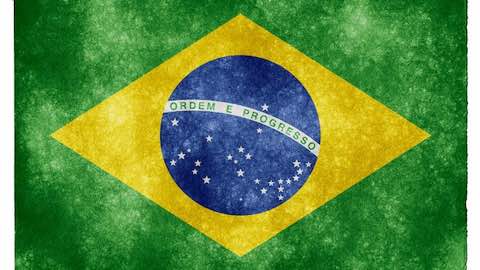 The shadow that hovers over Brazilian democracy today will mobilize many people within and beyond Brazil to challenge and contain Bolsonaro's authoritarian temptations.

The victory of Jair Messias Bolsonaro in the Brazilian elections casts a shadow over the future of Brazilian democracy. His candidacy was anchored in an extreme-right political platform that advocated for a fighting corruption and crime with an iron hand and the preservation of ‘the family' and Christian values. Here I use the term extreme-right not as a figure of speech, but rather as an accurate representation of the political agenda espoused by Bolsonaro. The future president of Brazil is not only openly opposed to human rights, minority rights, women’s rights, traditional peoples, and the demarcation of indigenous lands, but is also a defender of torture and an apologist of the atrocities committed by the civil-military dictatorship that took place in Brazil from 1964 to 1985.

In the second round of the elections, held on October 27th, Bolsonaro defeated Fernando Haddad, the Worker's Party (PT) candidate with 55.13 % of the total vote. Despite emerging as an anti-establishment candidate who is bringing "newness" to Brazilian politics, his trajectory does not corroborate this image created by his electoral propaganda and political branding strategy, which drew on the intense use of social networks and the media consulting services of Steve K. Bannon, the former White House Chief Strategist in the administration of U.S. President Donald Trump.

In 1988, at the age of 33, Jair Bolsonaro was elected councilor for the city of Rio de Janeiro, and in 1990 earned a seat in the Brazilian Chamber of Deputies. As a Federal Deputy, he served seven four-year consecutive terms, and took part in nine different political parties, including the Progressive Party commanded by Paulo Maluf (1990-2018). Throughout this period, three of his sons and several relatives decided to pursue careers in politics. Today, they hold elective positions in prestigious institutions such as the Federal Senate, the Chamber of Deputies and the City Hall of Rio de Janeiro. In addition, the president-elect served for 15 years in the Brazilian Army and has been a member of parliament for 30 years. In this sense, although he spent little time in the armed forces, he has constantly been using this link as a political banner.

During the electoral campaign, Bolsonaro reaffirmed positions that overtly violated human dignity and democratic precepts. Whether on television, radio, written press, or even in street events, it was not uncommon to hear homophobic, sexist and racist statements by Bolsonaro. For instance, in April 2017, during a lecture at the Hebrew Club in Rio de Janeiro, he made racist attacks against quilombolas -- descendants of Afro-Brazilian slaves who escaped from slavery at Brazilian plantations during the colonial age. These attacks earned him a request for an investigation by the Attorney General’s Office into the Federal Supreme Court, but the case was rapidly closed in September 2018. On another occasion, he declared that he was in favor of closing the National Congress once and for all. However, Bolsonaro has been invoking his parliamentary immunity in order to defend himself against prosecution.

How was it possible for an obscure political candidate from the small and unknown Social Liberal Party to win the Brazilian Presidency? What factors contributed to his success? What do these elections mean for Brazilian democracy? What risks and threats surround Brazilian institutions?

These are some of the issues Brazil is facing at this critical moment in its history.

The advance of the extreme-right in Brazil and globally appears to rely on the populaces' weariness of partisan politics and on their fear of economic, financial, and social insecurity. This phenomenon—colloquially referred to as populism —has substantially spread in established democracies in the last decade. The departure of the United Kingdom from the European Union (Brexit) and the victory of Donald Trump in the 2016 U.S. presidential elections are the most infamous manifestations of this phenomenon. Now this so-called populist wave has reached Brazil, where the traditional right has lost space among voters, who now seem to prefer more radical platforms. This shift of a significant part of the electorate to the extreme right, has been the object of important works in the literature of political science and sociology in Brazil.

To understand Brazil's current reality, we must review the past few years. In June 2013, Brazil was shaken by large street demonstrations. Although initiated in the country's largest cities, they rapidly spread to small and medium-sized towns. The increase in public transport fares, as well as the costs of preparing for the 2014 World Cup, were at the center of these protests. While the legacy of the so-called June movement has been disputed by influential wings of the political left in Brazil, there are also those who believe that the 2014 protests triggered the resurgence of the far-right in the country since then. What is certain is that the pressure on the government of former President Dilma Rousseff (PT) increased significantly after 2013.

Despite social pressures, President Rousseff was re-elected in 2014 with a tight win in the second round. The defeated candidate, then-senator Aécio Neves from the Brazilian Social Democracy Party (PSDB), questioned the legitimacy of the election results and demanded a recount. In January 2015, President Rousseff took office.

Consequently, Rousseff's government witnessed the emergence of stark opposition led by the PSDB, part of the PMDB, and the Democrats (DEM). This block did not give way to the re-elected president. Brazil was mired in political gridlock and none of Rousseff's signature projects were allowed to proceed. PSDB leaders, still affected by the recent loss, claimed that the government would “bleed”. The promise was followed to the letter: former deputy Eduardo Cunha (PMDB), elected president of the Chamber of Representatives in 2015, and Senator Aécio Neves, orchestrated an opposition that rendered Rousseff's government ineffective.

As a direct consequence of this political opposition, a politico-juridical coup d'état took place in September 2016, impeaching the president and replacing her with her deputy Michel Temer of the PMDB. Even though the coup was undertaken under the guise of fighting corruption, corruption in the federal government has only increased since. The PSDB, as part of Temer’s government, tried to galvanize the public discontent with endemic corruption and the political and economic crisis in the country. In hindsight, this was not enough to stop the success of the extreme-right in the 2018 elections, with the victory of PSL for presidency.

To better understand this scenario, one also has to bear in mind the accusations of corruption in Lula da Silva's administrations (2003-2010) and the arrest of former ministers of his administration that eroded the image of the Workers’ Party. This was particularly led by the Lava Jato Operation, an anti-corruption action initiated in 2014, under the coordination of Judge Sérgio Moro, a future Minister of Justice in the Bolsonaro government. This operation decisively increased the rejection of the PT with its selective aim at PT politicians.

Operation Lava Jato directly impacted the electoral process of 2018 with the arrest of President Lula da Silva in April 2018 and his removal from the presidential race. This action, with massive support from the press, helped strengthen an anti-PT sentiment by focalizing all the rejection of the entire class of politicians that had been nurtured by the population over the past years on the Workers' Party (PT). As a result, a considerable portion of voters were willing, from the beginnings of the electoral period in Brazil, to do anything to prevent the return of PT to power. This framework was pivotal in the emergence of stark polarization between Bolsonaro and his allies and the PT.

Meanwhile, Temer's government has been imposing on the country an austerity plan through Constitutional Amendment number 95, which freezes social spending for 20 years and dismantles many of the social rights guaranteed by the 1988 Constitution. Paulo Guedes, the future Minister of the Economy under the Bolsonaro government, is committed to the work implemented by Temer by favoring more radical austerity measures that cut spending on social rights and security, deregulate labor markets, and privatize public services

Many of these planned agendas, of course, require the approval of the Brazilian National Congress (House of Representatives and Senate). Considering its future composition, Jair Bolsonaro will have the support of about half of the House of Representatives though he will have less of an advantage in the Senate. Opposition on part of parliamentarians has already been considered, by General of the reserve Hamilton Mourão, as an affront to the new government. And what is the way out of the possible impasse? The vice president-elect openly defends the regime’s change through a self-coup in case it is deemed necessary.

Political opposition is a delicate issue to the new presidency. To undermine and discourage opposition in the streets, Bolsonaro has already stated that he will send a bill to the National Congress to modify the Anti-Terrorism Law (Bill 13.260) to criminalize social movements. According to him, social movements will be treated as terroristic and all forms of activism will be fought. The concern with resistance to his government is not without reason, given the unpopular measures that have already been announced, such as: Central Bank independence, pension reform (excluding military staff), privatizing education in universities (through budget bottlenecks and the withdrawal of their autonomy), deregulation of labor markets, withdrawal of social rights, privatization of public services. We can also anticipate setbacks in important areas, such as social and environmental rights including a possible exit of the Paris Agreement, a review of indigenous land demarcations, and the liberalization of poisons in agriculture that have been banned in other countries. This logic of austerity, aimed at ending public services, as well as polemic opinions regarding environmental issues and minorities, will indubitably face resistance from organized society. And this will be a crucial test for Brazilian democracy.

Therefore, Brazil's democracy will be put to the test as of January 1, 2019, when the new presidency is inaugurated. Will the authoritarian temptations of the president and his vice-president be contained by Brazilian institutions? The answer is not currently clear. The future of the Brazilian democracy is threatened at this time in our history. The way Bolsonaro conceives the relationship between the three branches of political powers, his desire to dictate the behavior of the National Congress, his attempts to intimidate the Press, as well as his desire to change the composition of the Federal Supreme Court from the current 11 ministers to 21 are serious threats to Brazilian democracy.

The shadow that hovers over Brazilian democracy today will mobilize many people within and beyond Brazil to challenge and contain Bolsonaro's authoritarian temptations. This is a task for all those who fight for an inclusive, pluralistic, and democratic Brazil. Such endeavors must begin with the citizens’ vigilance over of the 1988 Constitution. The good news is that the progressive camp that spread nationally in the second round of the elections in favor of the candidacy of Fernando Haddad remains mobilized. This may be the beginning of a movement capable of restraining and perhaps defeating, Bolsonaro's ultra-neoliberal agenda.