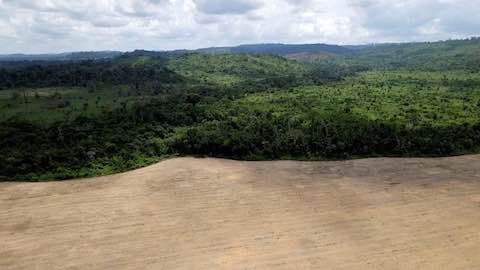 Brazil has been urged to speed up land distribution to farmers to protect them from slavery after a landmark court decision ordered the government to compensate over 100 workers enslaved at a cattle ranch.

A United Nations official and analysts said Brazil had fallen behind in the past two years in efforts to clamp down on modern slavery, a catch-all term to describe forced labour, debt bondage, sex slavery and human trafficking.

They said landless rural residents were particularly at risk but the government was no longer publicising a "dirty list" of companies profiting from slavery and inspections of farms thought to be using forced labour had decreased.

Campaigners hope to see renewed efforts to fight slavery after the Inter-American Court of Human Rights ruled last month that Brazil must pay $5 million in compensation to about 125 workers treated like slaves at a ranch in the state of Para.

"The government will be responsible for paying compensation. This is new in Brazil."

Rosa said the government should work to provide land to poor farmers as part of its broader strategy to fight modern slavery.

"Distributing land to rural people is an effective way to break the vicious cycle that makes people vulnerable to forced labour," he said, while praising some elements of Brazil's campaign against modern slavery.

Brazil's Labour Ministry did not immediately respond to requests for comment.

The government has said it is working to improve land access for the rural poor, distributing 20,000 title deeds since 2009, but progress in land allocation has been slower than planned due to competing claims for territory and logistical problems.

The court said workers on the ranch in the northern state of Para, a hotbed of land conflicts in the Amazon, did not receive promised pay, proper food or shelter between 1988 and 2000.

Workers were prevented from fleeing by armed security guards and only able to escape after a government raid, said the Inter-American Court of Human Rights, a division of the Organization of American States that includes all 35 nations in the Americas.

Brazil's Ministry of Justice and Citizenship said it recognised the court's legitimacy, with officials telling local media that the ruling will reinforce the government's commitment to eradicate slave labour.

More than 50,000 people have been freed from slavery type conditions in Brazil since 1995, said the ILO, that estimates 21 million people globally are trapped in forced labour.

More than 161,000 people in Brazil are living in modern slavery, according to the Global Slavery Index produced by the Australia-based Walk Free Foundation.

Peter Hakim, a senior fellow at the Inter-American Dialogue, a Washington D.C.-based research group, said it did not help that the number of inspections of farms thought to be using forced labour had dropped recently amid Brazil's recession.

Nearly half of Brazil's rural land is in the hands of less than one percent of the population, aid group Oxfam said in a November report. This massive inequality can leave landless workers easy prey for traffickers promising work, analysts said.

"There isn't a lot of enforcement in some rural areas," Hakim told the Thomson Reuters Foundation.