The 50 Best Stock Investments of the Last Decade 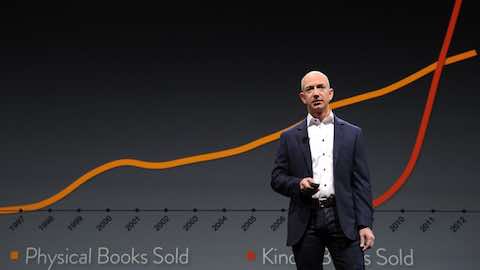 The 50 Best Stock Investments of the Last Decade

We break down the 50 best-performing stocks of the last 10 years, then explore the data in five charts. Plus: calculate what your investment would be worth.

As a general rule, betting on individual stocks is a crapshoot. In 2015, 70 percent of investors lost money, the worst year since the financial crisis. The once-mighty oil industry has been a bad bet for several years now, while other sectors have been a mixed bag. Conservative approaches -- like index funds -- remain safer bets, but the returns tend to be modest, rarely growing more than 10 percent over time.

So how did some investors make serious money post-2008?

One answer: They invested in a few of the following 50 stocks. FindTheCompany, a corporate research site that's part of Graphiq, set out to find the 50 stocks with the biggest returns over the last 10 years. Note that this is a reflective exercise only. Investing large amounts of money in individual stocks is extraordinarily risky, and most financial advisors don't recommend it. The following stocks may have grown tremendously since 2006, but there's no guaranteeing where they'll go next. In fact, many will decline.

Still, it's worth diving into the numbers to determine how these stocks outperformed their peers, generating reliable returns in an uncertain market. The data comes from Zacks Investment Research and only includes companies currently listed in the S&P 500 index.

Even as the publishing and energy sectors have declined, a few industries have thrived: namely, medicine and tech. Of the 50 biggest winners, 30 percent come from the medical sector, while five of the top 11 were in tech.

Thanks to giant margins on drugs, pharmaceutical companies have long enjoyed massive profits. But the last 10 years have been even rosier for the industry. As people live longer and make higher incomes, they have more money to spend on drugs. Couple that with a rise in chronic conditions across the country, and Big Pharma sees more demand and more customers every year. As a result, companies like Regeneron and Alexion have seen 3,000 percent returns since 2006.

Meanwhile, tech companies are thriving at the expense of the industries they've disrupted. Apple (smartphones), Amazon (online shopping) and Netflix (TV and movie streaming) have each laid waste to the rivals that came before them. Just ask BlackBerry, Borders and Blockbuster.

Apparel sales have remained strong, despite the internet's disruptive march. But one segment in particular has been driving most of the growth.

Athletic apparel -- led by companies like Nike, Under Armour and Lululemon -- have combined forces to create a veritable activewear boom (athletic apparel companies are categorized as "Consumer Discretionary" in the above business sector visualization). Couple yoga's rise and celebrity endorsements from across the major sports, and you get a style of apparel that's both comfy and trendy.

Think back to 2006 -- back when Netflix only mailed DVDs and Apple's iPhone didn't exist. Would you have bet $10,000 on either company? Use the calculator below to see how much your shares in any of the 50 companies would be worth today.

Before you lament the missed opportunity, consider how wrong the same investment could have gone with any number of declining stocks. In 2006, popular discount clothing brand J.C. Penney was surging, a comeback that would peak in early 2007. Since then, the stock has cratered.

Maybe that index fund is still your best bet, after all.

Investing: "The 50 Best Stock Investments of the Last Decade"