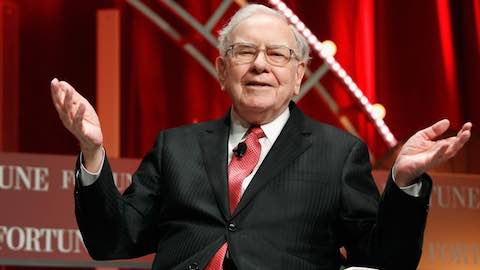 Using a combination of interviews, financial reporting and form DEF-14As, we tracked billionaire Warren Buffett's net worth from age six to the present day.

In 2016, it's easier than ever to play the financial markets. From the explosion of online brokers to the rise of robo-advisors, armchair investors have dozens of tools just a few clicks or taps away. Daily trading is a snap. Deep financial research has never been more widely available. If anything, you'd be a fool not to jump in, right?

Today, the Oracle of Omaha is worth upwards of $60 billion. He's beaten the stock market roughly 47 of the last 50 years. Along the way, he's made his fortune not through a whirlwind of clever trades, but instead, through a series of smart, long-term investing decisions.

Buffett has controversially avoided tech stocks and fancy new investing technology, preferring to evaluate companies by simple, time-tested standards. Is the market undervaluing a company's intrinsic value? Does the company have a smart, responsible management team? Is the organization based on a fad, or is it a strong leader in a durable industry?

To get a better sense of Buffett's success and investing mindset, the FindTheCompany team went back to his childhood, tracking his net worth from birth to the present day.

For this timeline, note that Buffett's pre-1994 net worth is based on estimates, rough calculations and one-off reporting. Some famous Buffett stories and anecdotes are cited in several places across the web, but not necessarily based on one solid, primary source. With this in mind, we'll do our best to caveat each figure, and present a range where necessary.

Starting in 1994, FindTheCompany turned to Buffett's publicly available form DEF-14As. These documents provide information on Buffett's Class A and Class B shares in his company, Berkshire Hathaway, as well as the current market value of the stock. Given Buffett's own admission that more than 98 percent of his net worth is tied up in the company, we can estimate his net worth over the last 22 years with fairly strong confidence.

For each year or range of years on this list, we'll highlight key moments in Buffett's life, from his teenage pinball machine business to his lucrative acquisition of GEICO. But we'll start even earlier, when Buffett turned a few sticks of gum into a tidy profit.

As early as six years old, Buffett was already an entrepreneur. He bought Coca-Cola six packs for 25 cents at his grandfather's store, then sold each bottle for 5 cents -- a 20 percent profit per pack. He employed a similar model for Juicy Fruit gum, netting 2 cents of profit per pack. Rumor has it he wouldn't sell individual sticks, for fear he wouldn't be able to sell the remaining four pieces individually. Buffett bought his first stock in 1941, six shares of Cities Service (later, CITGO, an oil company) at $38 each. A short time after, he sold the stock at $40. The price would skyrocket to more than $200 over the next two years. It was a missed opportunity for Buffett, but a lesson in patient investing that shaped the rest of his career.

Buffett went on to make $175 per month delivering the Washington Post as a paperboy. He claimed a $35 tax deduction for his bicycle. 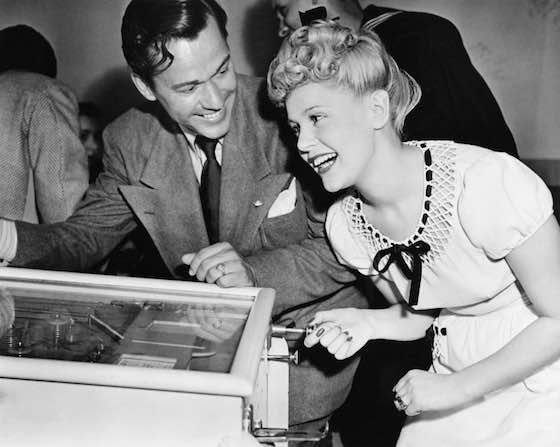 In 1947, Buffett and a friend spent $25 on a used pinball machine, setting it up in a local barbershop. They went on to buy two more, and after growing the business for several months, the two boys sold the whole operation for $1,200. In 2016 dollars, that would have amounted to more than $10,000 in profit in under a year -- not bad for a couple of teenagers.

Between his paper job, land investment, the pinball business and other savings, Buffett had saved about $9,800 by the age of 19. 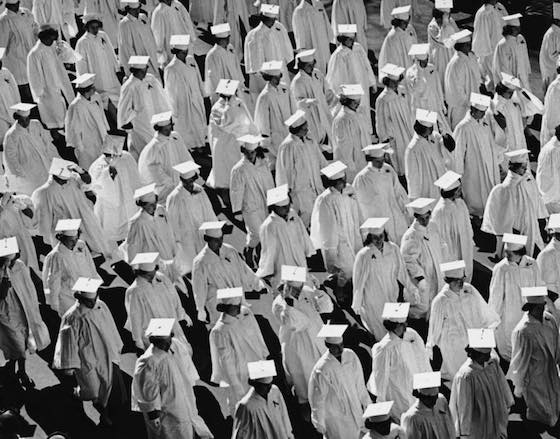 The early 1950s represented a transitional period for Buffett. He received his M.S. in economics from Columbia Business School, married Susan Thompson and accepted a job from one of his college professors, Benjamin Graham. His starting salary was $12,000 per year (about $106,000 in 2016 dollars).

That said, our net worth estimates for this period are fairly wide. Buffett was establishing the foundation for his portfolio, but he had yet to make most of his key investments.

Buffett started Buffett Partnership Ltd, an investment partnership based in Omaha. He went on to found two additional partnerships over the next several years. 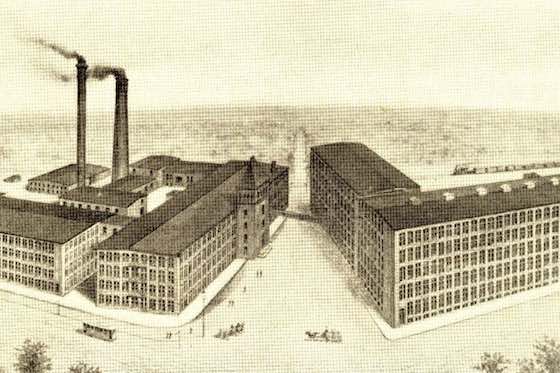 Legend has it Buffett set a goal to become a millionaire by age 30 (1960), and many reports estimate he was successful. But a safer date estimate would be 1962, when Buffett's partnerships hit around $7.2 million in value. Given Buffett's percentage of the business, he was worth at least $1,025,000 by that year.

Buffett merged his partnerships into one firm, then purchased Berkshire Hathaway, a failing textile manufacturing firm. He would grow his fortune almost entirely through Berkshire Hathaway up to the present day.

In 1965, Berkshire Hathaway bought a 5 percent stake in the Walt Disney Corporation for the modest price of $4 million. It would prove to be one of Buffett's smartest investments (although he admits he made a mistake to sell the shares in the '90s).

We estimate Buffett's net worth was around $10 million at this point, and probably close to $25 million by 1969. 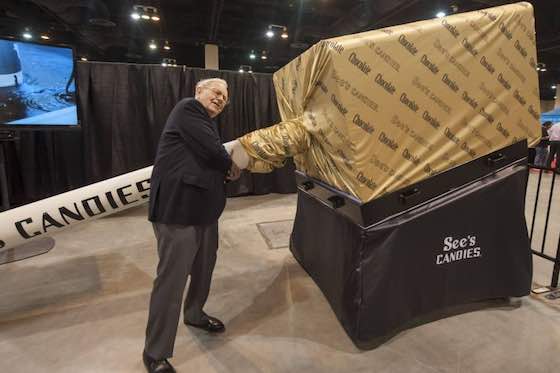 Living solely on a $50,000 per year salary, Buffett saved the rest of his assets, which likely passed the $100 million mark around 1979. During this time, Berkshire Hathaway would acquire See's Candies (1972), and invest in all sorts of big brands, from the Washington Post to SAFECO to ABC Broadcasting.

Perhaps most lucrative of all was his investment in GEICO (1976), which Buffett bought at around $2 per share. His company would continue investing in GEICO until 1996, when it bought the car insurance company outright.

It's possible -- perhaps even likely -- that Buffett became a billionaire sometime in the 1980s. Berkshire Hathaway continued to invest in companies from publishing (TIME, 1982), oil (Exxon, 1984) and finance (Freddie Mac, 1988), among many others.

Buffett officially shut down the textile arm of Berkshire to focus entirely on his portfolio of investments. He later regretted all the money he spent trying to keep the textile part of the business alive.

Buffett's wealth would fall by hundreds of millions in the 1987 stock market crash, though the business magnate would be quick to recoup his losses.

If he hadn't already, Buffett officially became a billionaire in 1990, when shares of Berkshire Hathaway hit $7,175. Buffett's wealth would grow rapidly over the next dozen years, as shares would climb well past $10,000.

Berkshire bought 10 percent of Wells Fargo (1990) and invested in Guinness (1991), among other companies.

Here, we move into our more precise estimates, based on Buffett's form DEF-14A filings. Berkshire invested in PNC Bank, Gannett Publishing and McDonald's. 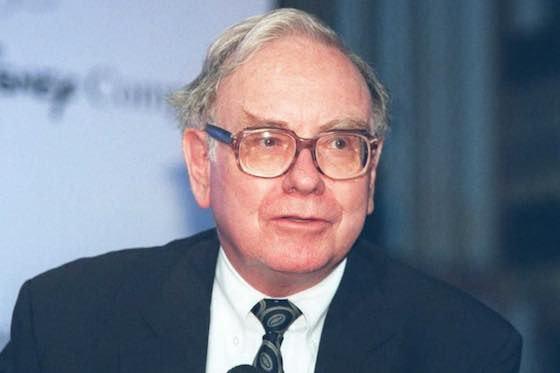 Berkshire Hathaway skyrocketed to more than $25,000 per share, quadrupling its value in just half a decade. 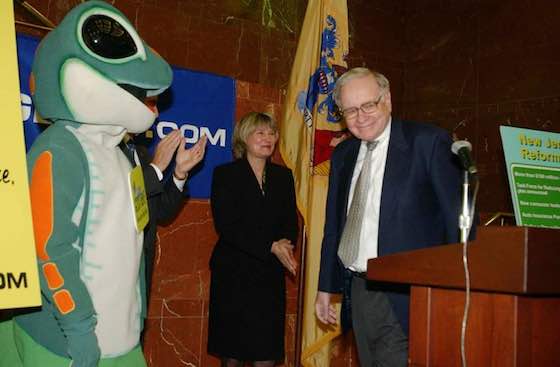 Berkshire Hathaway invested in Dairy Queen and Travelers Insurance, while Buffett invested 2 percent of his portfolio in silver. The company also invested in US Airways, which would prove to be a rare fruitless investment for Buffett.

Berkshire Hathaway acquired General Re and Executive Jet, among others.

Fruit of the Loom Inc. | FindTheCompany

Berkshire Hathaway acquired Fruit of the Loom, CTB and The Pampered Chef, among others.

Bill Gates was elected director of Berkshire Hathaway. Gates and Buffett would go on to become partners in charitable giving.

Berkshire Hathaway bought stock in Procter and Gamble and Anheuser-Busch (owner of Budweiser and dozens of other popular beer brands). While both were smart investments, Buffett would later admit to selling the Anheuser-Busch stock too soon.

Buffett announced at least 85 percent of his fortune will go to charity, largely through the Gates Foundation.

Buffett claimed he was looking for a successor to run Berkshire Hathaway, a person he would settle on by 2015 (though the successor remains unnamed.)

Berkshire Hathaway bought out Marmon Holdings and Coachmen Industries. The company also bought $4.4 billion in bonds from Mars Inc. (the candy company that owns M&M's, Snickers, Milky Way, Twix and 3 Musketeers, among other brands). Meanwhile, the company's value began to tank as a result of the worldwide financial crisis.

Berkshire Hathaway reported a $5 billion quarterly loss, its worst since a downturn after the September 11 attacks.

Like much of the world, Berkshire Hathaway continued to experience rocky results in the first couple of years following the 2008 downturn. The company also acquired Lubrizol, a specialty chemicals brand.

Buffett's wealth stabilized with Berkshire back on track. Ever the contrarian, Buffett continued to invest in publishing, despite the industry's decline (it acquired the Omaha World-Herald). That said, Berkshire Hathaway also invested in IBM, among its first high-profile tech plays.

Berkshire Hathaway acquired a 50 percent stake in Heinz Company. At this point, Buffett was making an average of $37 million per day.

Buffett became the second-richest person in the world (behind only Gates), with his personal wealth exceeding $70 billion. 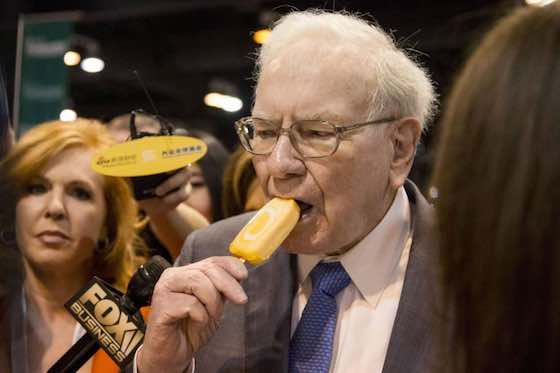 Buffett suffered one of his worst years in history, and one of the very few in which Berkshire Hathaway underperformed the S&P 500. Buffett's tech-light portfolio probably didn't help, as stocks like Netflix, Amazon, Google and Facebook made big gains, while almost all of Buffett's investments declined. (Unlike its fellow tech companies, IBM had a bad 2015, adding to Buffett's woes.)

Buffett is off to a comparatively good start in 2016, especially considering the sluggish market. He has halted Berkshire Hathaway's slide, with his personal net worth climbing nearly $2 billion since 2015.