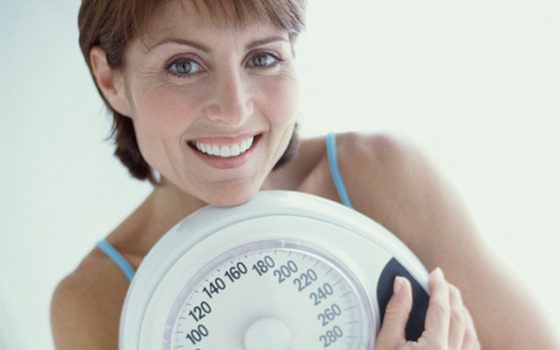 Rosie Battista was 50 years old when she signed up for something most people don't have the guts to attempt at 20: a bodybuilding competition.

But it wasn't just looks that motivated Battista -- she was ready for a boost in self-confidence as well.

At almost 50, her life had spiraled out of control: Working through a divorce, dealing with a failed business investment, and negotiating the forced sale of her home took a toll, and she had gained 40 pounds. "I lost a lot of self-confidence," says Battista.

That's when she decided to focus on crossing just one life goal off her bucket list.

Jumpstarting Battista's passion for fitness was her father's interest in the sport and the small gym he'd built in the basement of her childhood home. Her son, who participated in bodybuilding competitions, recommended that she sign up for the NPC New Jersey Mid-Atlantic Natural Classic Bodybuilding Competition, and her daughter, Kate, entered the competition too.

Training wasn't easy. To start, some of Battista's friends were unsupportive of her goal, and her relationships with them quickly dissolved. A seven-day work seminar that involved travel, two injuries and lingering self-doubt also threatened to derail her.

But Battista persevered: In the 16 weeks before she would compete, she was working out seven days a week. She also stuck to a rigorous diet, which involved planning, prepping and carrying food with her everywhere she went.

"There were times I would sit in a restaurant with water, tea or coffee while others were eating, and that was OK because it was my choice," says Battista. "I never felt bad about it." Instead, she focused on being an active participant in creating a body that made her proud.

On that life-changing day when Rosie took the stage, she was the oldest competitor (while her daughter Kate was the youngest) but few could see the difference. On competition day, Battista weighed an amount she would not have pictured herself at when she started her bodybuilding journey. She had healthfully dropped 34 pounds, under her food coach's supervision

"I was confident that I was on that stage having done everything to the best of my ability," says Battista. "I knew there was nothing more I could have done, and I had given it my all -- heart and soul."

In the weeks after the competition, Battista gained back about 6 pounds, which pleased her. She likes to maintain her weight now: "I feel really healthy and sexy," says Battista. "I fit into my clothes, eat clean food, and also live a life where I can have a glass of wine if I desire."

In the end, a healthy body is one that looks and feels good -- "without having to starve yourself or spend hours in the gym," says Battista. The best part: With a healthy, balanced diet and perseverance, it's achievable, no matter your age.