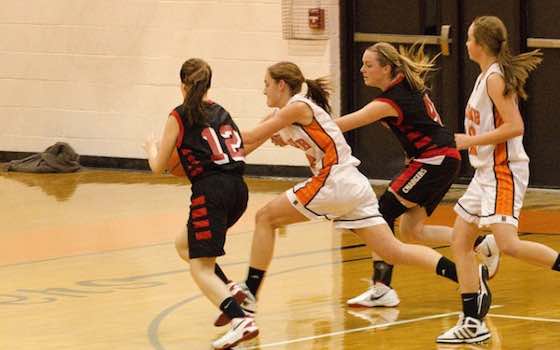 It's time to get rid of incentives for teams to lose.

In Murfreesboro, Tennessee, less than an hour's drive from my childhood home, two high school girls' basketball teams just made national headlines -- by trying to lose to each other.

The basketball gods must have cringed at the late-February matchup between Smyrna and Riverdale. Player after player turned the ball over, fouled, and missed free throws. One girl even tried to score in her own basket.

Why would they want to lose? Because by “tanking” the game, each squad believed they could avoid facing Blackman High School in the playoffs. That team had beaten both Smyrna and Riverdale earlier in the season.

Taking cues from the NBA, some kids, coaches, and parents are agreeing among themselves that, in certain situations, losing beats winning.

Tanking, in short, results from a flawed set of incentives. Let me explain.

The NBA's current system favors the very best teams by awarding them top seeds and home court advantage throughout the playoffs.

Yet the worst teams also benefit, since they get the best odds of winning the coveted top pick in the draft lottery immediately following the season. When a team fails to qualify for the playoffs, the NBA offers zero incentive for them to play well -- the better the record, the worse the draft pick.

This can quickly turn into a raw deal for supporters of poorly performing teams. Trust me, I know. I'm a Titans fan.

Here's another problem: No one really knows how to “prove” that tanking is happening -- and if you can't prove it, you can't punish it either.

General managers make bad trades all the time, so good luck using that as evidence.

It's also not too hard for players to miss shots, make careless passes, and commit other minor but believable errors that make a team bound to lose. Unless both teams are playing this game, of course.

If the NBA wants a real solution, it needs a new incentive structure. Thankfully, plenty of bright-minded folks are working on just that.

At the MIT Sloan Sports Conference in 2012, Adam Gold, a PhD candidate at the University of Missouri, proposed a new incentive system with serious potential.

Gold suggests that even bad teams should have to earn their reward. When a team blows their shot at the playoffs, they should have to beat the other bad teams to earn a high draft pick -- not lose, which the current system encourages.

Critics are quick to point out loopholes in this plan too. For instance, a decent team could aim to miss the playoffs and then dominate the race for the top draft pick.

However, given the current tanking outbreak, it's hard to imagine how a new system could possibly offer more incentives for teams to lose on purpose.

The NBA could even adopt the same system that many international soccer leagues follow. These leagues are separated into divisions based on each club's strength. After every season, the worst few teams sink to a lower division and the best teams rise a rung.

I don't think the NBA will make that change anytime soon, although the D-League -- basically basketball's “minor league” -- continues to grow and could eventually become a formidable division of its own.

As more big-name teams plunge into the tank (I'm looking at you, Knicks and Lakers), millions of fans looking for real competition are growing restless.

Has the drive to win at all costs completely overpowered the notion of sportsmanship? Whatever happened to respecting the rules, fellow players, and the sport itself? What happened to integrity?

A system that encourages tanking doesn't reflect the true nature of sports -- so let's try something new.