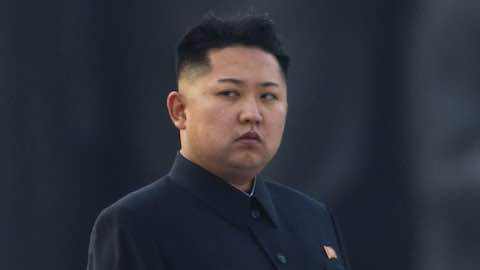 Wait until North Korea has a few more nuclear weapons.

By claiming it is an internal affair inside Korea and threatening to strike Japan and Alaska with nuclear bombs via long range missiles if American forces were to directly participate into combat, Pyongyang will retaliate to the"toughest ever" UN sanctions [Note 1] by conducting extensive but small-scale military intrusions (not invasion) into South Korea on at least four fronts, when Kim Jong-un, the leader of DPRK (North Korea), is really in possession of 10 nuclear warheads or more.

The first move is assailing the coastal areas by surprise in order to capture people of any nationalities as hostages for all sorts of advantages in future. Hijacking cargo vessels to or from South Korea like those Sudanese pirates, but with assistance from submarines here, is the second tactic. Unless you sink the ships and simultaneously kill the civilian crews on board, you have to let the valuables go to Pyongyang. The third wave can be looting coastal cities and towns for anything -- grocery items, electronic devices or even clothes and shoes. The fourth assault is to fire conventional warheads onto the high-tech research centers of major Korean manufacturers such as Samsung and LG, with the objective of demoralizing the citizens in the south.

Despite comprehensive American indirect support ranging from technology (including the THAAD system) to intelligence, Kim has a unique edge for the on-and-off intrusions. By turning his whole population, both male and female, into foot soldiers, though backwardly armed, Kim's infantry can outnumber the army of South Korea, especially when concentrating the manpower on attacking one particular small target, say, a town or a vessel. Nine forays might fail but the tenth raid that could succeed, day or night, land or sea, would yield rewardingly to cover the losses caused by the UN sanctions. There will be lots of sea battles but the South Koreans cannot cross the border -- 38th parallel north -- to occupy territories because it would be too sensitive to the already terribly embarrassed Moscow and Beijing. Seoul will surely air strike Pyongyang but it cannot stop pelting unless Kim is killed.

While South Korea is under attack, Japan can benefit economically when its major competitor is in trouble. Electrical appliance makers, ship builders and vehicle producers all can run their business as usual so long as their motherland is safe from nuclear assault.

However, the United States will be a big loser for being discredited as a reliable last resort when in need. To protect South Korea from intrusion or Japan from nuclear attack? It will be a dilemma to the White House. Unless the Pentagon can be sure all the nuclear warheads in North Korea have been demolished by their ballistic missiles, the White House will dare not take the risk of having Japan bombarded. In case Kim's nuclear warheads hit Japan mercilessly, nuclear retaliation to North Korea would probably drag China and Russia into a full-scale world war. Therefore, Washington will tend to refrain from direct combat against Kim's wildcat intrusions.

Whatever the final decision may be, the United States will lose its trustworthiness of protecting its associates. It will heavily cost its friendship with its allies in Europe, the Middle East and Asia when Washington's hesitation in and inability of military excursion are revealed again in this case after the crises in Africa, Balkan Peninsula, Ukraine and Syria. China and Russia will also be losers in diplomacy as they will be deemed by both European and Third World states as incompetent world-class leaders in preventing a naughty little brother from robbing the neighbor.

Of course, without backup by genuine nuclear warheads in hand, North Korea is incapable of launching an intrusion yet. Nevertheless, it may be just a matter of time. The only way to put Pyongyang on the right track is to show how a nation gains strength not by banditry, but economic production. It was actually the almost-successful approach adopted by former South Korean presidents Kim Dae-jung (1998-2003) and Roh Moo-hyun (2003-08). Unfortunately, Lee Myung-bak (2008-13) abandoned it. Today, the harsh sanctions against North Korea will push the xenophobic and pompous Kim to the corner, and he will definitely give the world a shock in return. The hardliners in Seoul and Washington have trapped the United States in a lose-lose situation.