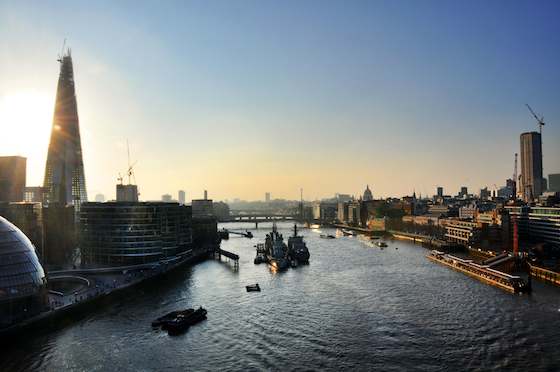 Great Britain will likely be taking a deep breath (and perhaps a sigh of relief) this year as it recovers from a busy summer, when it hosted both the Olympics and Queen Elizabeth's Diamond Jubilee.

Despite the flurry of investment that swept Britain in the lead-up to the Olympics, austerity measures have taken their toll on Britain's tourist information services. I've long been disappointed in Britain's inability to see that tourist information is an investment in an important industry that brings in business. Rather, Britain views tourist info offices as businesses in their own right, having to scramble to stay afloat like the countless attractions they're supposedly designed to serve. As a result, tourist offices across the country are either closing or morphing into shops peddling tourist activities, information, and knickknacks for a profit. The biggest hit is in London, where the Britain and London Visitors Centre near Piccadilly Circus has closed. Now the only publicly funded (and therefore impartial) tourist office is the , across from .

Even with these issues, London remains a dynamic destination. One of the biggest changes is to its skyline, which now boasts Europe's tallest building, designed by Renzo Piano, the co-architect of Paris' Pompidou Center. Rocketing 1,020 feet above the south end of London Bridge, the Shard shimmers in the sun and glows like the city's nightlight after dark. The tip houses a 15-story stack of observation platforms enclosed in glass; these will open to the public in February.

Visitors hoping to capture some of the Olympic afterglow can soon visit the new Queen Elizabeth Olympic Park. The northern part will open on July 27, on the one-year anniversary of the opening ceremonies, and will feature footpaths, playgrounds, and picnic-friendly greens. The southern half, highlighted by the twisty red Orbit, is slated to open in spring of 2014. Visitors will also be able to swim in the pool where Michael Phelps won his 18th gold medal, as construction is under way to open up the for public leisure (pronounced LEH-zhoor in Britain).

Travelers interested in royalty will delight in the newly refurbished Kensington Palace, which now hosts a worthwhile series of exhibits on its most notable past residents, including William and Mary, and the Hanovers (the "Georges"). The highlight is the exhibit on Queen Victoria, who was born and raised in this palace.

The wizarding world is abuzz over the opening of the "Making of Harry Potter" studio tour in Leavesden, a 20-minute train ride from London. The attraction lets Potter-philes see the actual sets and props used in the films, along with exhibits about how the special effects were created. Visitors must book a time slot in advance -- and in 2013, it'll be smart to do so as far ahead as possible (www.wbstudiotour.co.uk).

In Bath, a 90-minute train ride west of London, visitors to the Roman and Medieval Bath can now avoid lines -- worst on Saturdays and any day in summer -- by buying advance tickets online (www.romanbaths.co.uk).

Near Bath, visitors can explore Avebury Manor and Garden, the subject of "The Manor Reborn," a four-hour documentary on the refurbishment of the 500-year-old estate by a team of historians and craftspeople. Nine rooms decorated in five different styles show the progression of design trends from Tudor to Queen Anne to early 20th-century. A limited number of timed tickets are sold each day.

In the charming city of York, in northeast England, the noble Kit Kat, Aero bars, and Chocolate Oranges are now featured in a fun attraction dubbed "Chocolate: York's Sweet Story" (all three confections were famously born in York). Visits start with a film and guided tour before flowing into a virtual chocolate factory.

Renovations continue at the stately York Minster. While the Great East Window remains behind scaffolding, several examples of the window's stained glass can be viewed up close in the Orb, a space-age-looking vessel located inside the Minster.

Two relatively new museums in Liverpool and Glasgow celebrate the heritage of these proud and scrappy port cities. is packed with interactive displays covering everything from the city's music and sports background to housing and health issues. Glasgow's sports high-tech displays, a re-creation of a 20th-century street, and plenty of recollecting Glaswegian seniors. Its vast collection includes stagecoaches, locomotives, the world's oldest bicycle, and the Glenlee, one of Glasgow's five remaining tall ships (docked outside the museum).

After a momentous year, 2013 should mark a return to normalcy in Great Britain. For many residents and travelers, that's a welcome change.