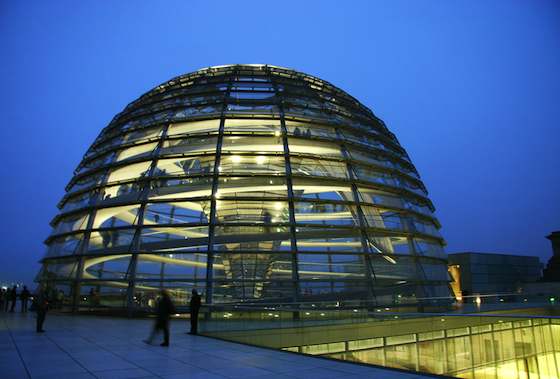 Three countries with a rich heritage -- Germany, Hungary, and Austria -- each have a constantly evolving sightseeing scene. Here's the latest:

Getting into the Reichstag, Berlin's parliament building (with its striking 155-foot-tall glass cupola), has been difficult over the last few years due to changing security and entrance procedures. Things have finally settled down and the process is clear: To visit the dome, it's best to make a free reservation online several days in advance at www.bundestag.de. Once you have a reservation, simply report to the visitors' center at the appointed time.

In Munich, sights are closing and opening. In the Residenz, the downtown palace of the Bavarian kings, the mythological scenes decorating the Halls of the Nibelungen are not on view, undergoing restoration at least through 2014. Reopening in Munich is the Lenbachhaus, home to the world's largest collection of early Modernist Blaue Reiter paintings. The refurbished galleries now also host a first-rate collection of international contemporary art.

In Bavaria, the new Museum of the Bavarian Kings occupies a grand former hotel on the shore of the Alpsee, adjacent to the fairy-tale Hohenschwangau and Neuschwanstein castles. If you have free time between your castle tours and a higher-than-average curiosity about arcane Teutonic dynasties, this might be worth a stop. For most visitors, though, the highlight is the view of the lovely lake from the museum's top floor.

St. Kilian's Cathedral -- the main church in Wurzburg, and the fourth-largest Romanesque cathedral in Germany -- has reopened following a renovation. The ornate stucco decoration inside has been spiffed up and the cathedral's two organs restored.

Hamburg's city center is taking on a new look, thanks to the urban renewal project called HafenCity. Built on 400 acres reclaimed from disused docklands right along the Elbe River, this roughly 15-block area in the city center is filling up with "starchitect"-designed buildings and waterside cafes. The anchor is the gigantic, architecturally striking Elbphilharmonie complex, home to a concert hall, hotel, apartments, and shopping center (due for completion in 2015).

Towns in Germany are already preparing for 2017 and the 500th anniversary of the Reformation, the movement started by Martin Luther that led to the establishment of the Protestant Church. In Wittenberg, where Luther began his challenge to papal authority, the Luther Garden is a leafy statement of cooperation between Protestant, Catholic, and Orthodox faiths. Hundreds of trees from as many Christian communities from around the world have been planted here, and each has a sister tree growing in its community of origin. Erfurt, Luther's spiritual home, is welcoming visitors with Wednesday evening organ concerts at the Preachers' Church and open-air opera performances on the steps of the cathedral in summer.

Little Hungary can't compete in size with Germany, but its capital, Budapest, has its fair share of changes. Riverboats operated by the transit authority now connect strategic locations throughout the city. Although not as quick or convenient as Budapest's subway or trams, the boats are a romantic, cheap alternative to pricey riverboat cruises on the Danube. Up on Castle Hill, the Royal Wine House has closed (at least temporarily), but the nearby House of Hungarian Wines has reopened, offering a survey of Hungary's wine-growing regions. But the best place to sample local wines is in the company of locals -- try any of the trendy wine bars opening up around town (such as DiVino, in front of St. Istvan's Basilica, on the Pest side of the Danube).

The news from Austria is all about Vienna. At St. Stephen's Cathedral, visitors can ride an elevator up to the newly opened Cathedral Treasury. The substantial treasures of the cathedral had been ignored in the nearby (and outmoded) cathedral museum, so they've been moved into the church, filling a space high above the nave on the west portal wall.

The Kunsthistorisches Museum in Vienna is reopening its Kunstkammer (Cabinet of Wonders) exhibit to show off the lavish curiosities the Habsburg emperors gathered to impress their friends and enemies. Meanwhile, in the upstairs gallery known as the Gemaldegalerie, curators have been busily rearranging the paintings.

Vienna's most impressive and crowded palace, Schonbrunn, now has an online ticketing system. It's possible to avoid the admission lines there by reserving a timed-entry ticket at the palace's website in advance (www.schoenbrunn.at).

Vienna's train stations will be in disarray for the next few years, as the city rebuilds its central station and remodels several others. The wonderful Westbahnhof (West Station) has already been beautifully renovated -- with the 1950s shell now filled with a modern mall of services, shops, and eateries. It's all part of Europe's steady investment in its infrastructure, a commitment that will benefit all travelers to Germany, Hungary, and Austria in 2013.