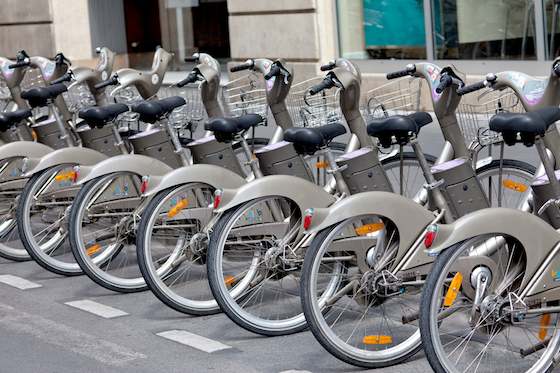 Travelers to France find a rich and constantly changing palette of cultural and historic sights. Here's a review of what's new or different in la belle France for 2013:

Increasingly, attractions in Paris and beyond are adding online ticketing, which lets visitors print a receipt that serves as an entry pass. Smart sightseers can now book ahead and avoid lines at destinations such as the Eiffel Tower, the Musee d'Orsay, and Monet's gardens at Giverny, as well as for activities such as Seine river cruises and church concerts.

As always, there's news at the . Videoguides on portable consoles ( rental) provide commentary on about 700 masterpieces. The new Islamic art section -- with its eye-catching glass roof -- is installed in the Cour de Visconti courtyard of the Denon wing.

Other Paris museum openings and closings include the recently refurbished Impressionist galleries of the Musee d'Orsay. After a bit of a shakeout, paintings have settled into permanent locations, offering a fresh view of this rich trove of masterworks. The long-closed should finally reopen in summer 2013. Meanwhile, the is undergoing a major renovation until 2014. While statues will be moved around and some rooms will close altogether, the museum's lovely gardens will remain open.

There are several intriguing new tour options in Paris. Classic Walks offers new Easy Pass tours that allow you to skip the lines at major sights such as the and the Eiffel Tower (www.easypasstours.com). TripUp's pedicab tours, helmed by hard-pedaling drivers, are a charming way to experience Paris at a snail's pace (www.tripup.fr). If rumbling around Paris in a funky old Citroen 2CV convertible a la Inspector Clouseau sounds like your kind of fun, check out Paris Authentic (www.parisauthentic.com) or 4 Roues Sous 1 Parapluie (www.4roues-sous-1parapluie.com).

The city's Velib bike program is now more accessible to visitors, who can buy a one- or seven-day subscription online (http://en.velib.paris.fr). This is a fun way to tootle between sights -- the first 30 minutes of any trip are included with your subscription; after that there's a small fee for each additional 30 minutes.

Along the Seine, the French are following a kitschy and annoying "tradition" that's popping up in other parts of Europe: latching padlocks on the handrails of bridges. Locals and tourists alike honor loved ones by writing a brief message on a padlock and attaching it to a railing. The locks (called un cadenas, ) are sold at bookseller's stalls along the river.

At Versailles -- the number one side-trip from Paris, just a half-hour away -- some rooms of the Queen's Wing of the main palace may be closed for renovation in 2013. A new shuttle bus is whisking visitors from the Versailles train station to the Trianon Palaces and the Domaine de Marie-Antoinette, on the far side of the palace's vast grounds (www.phebus.tm.fr).

At Mont St-Michel, the causeway that's long brought tourists to the dramatic island abbey was closed to car traffic in 2012 (and will eventually be replaced by a new bridge). Instead of parking along the causeway, drivers now leave their cars on the mainland and either walk, ride a free shuttle, or hop a horse-drawn wagon to the island.

Down south, in Provence, the in Arles is showing off a recently discovered Roman barge and much of its cargo (exhibit opening in late 2013). This almost 100-foot-long vessel and more than 3,000 ceramic jugs and artifacts were pulled from the Rhone River in 2010. Along the Riviera, the big news in Nice is the reopening of its 100-year-old onion-domed , claimed by many to be the finest Orthodox church outside Russia.

Through 2014, you won't be able to cross the Alps from France to Italy by cable car, as the lift from Helbronner Point (near Mont Blanc) down to the Italian valley station of La Palud is closing for renovation. (You can still side-trip to Italy by bus from Chamonix to Aosta.) Gondolas will continue operating on the Mont Blanc lift up from Chamonix to the Aiguille du Midi and over to Helbronner -- but only in summer and, even then, only in good weather.

The Alsace's top art sight, Colmar's famed , is scheduled for renovation sometime in 2013. When that happens, the jewel of the museum, Grunewald's gripping Isenheim Altarpiece, will likely move to the nearby , where it should remain on display while the museum is under construction.

With all this renovating and reorganizing, there's one thing that won't change in France: The owners of family-run hotels will still run from bakeries through the streets at the crack of dawn, lovingly bringing fresh-baked croissants back to their breakfast rooms so their guests can get a proper start to their sightseeing days.