Seeing More Than the Typical Sites in New York City 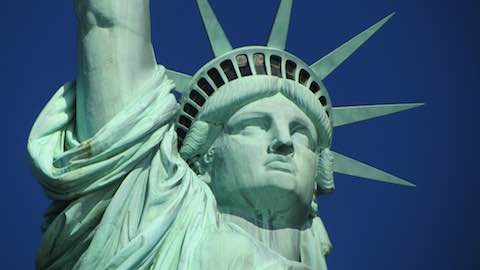 Seeing More Than the Typical Sites in New York City

Anyone who has ever tried to get any work done with young kids underfoot can only imagine what Harris Levine must have gone through -- every day of his life.

The Polish immigrant tailor lived with his wife and three young children in three tiny rooms at 97 Orchard Street in New York City in the late 1890s -- then one of the most densely populated places on earth. While Levine and three other helpers put dresses together (earning just 75 cents per dress), Mrs. Levine managed the household in the same 325-square-foot space boiling diapers, hauling laundry down several flights to hang outside, amusing the children and cooking. "It was amazing how they could all fit in such a small space," said 14-year-old Lee Gilbert, visiting with his family from Miami. 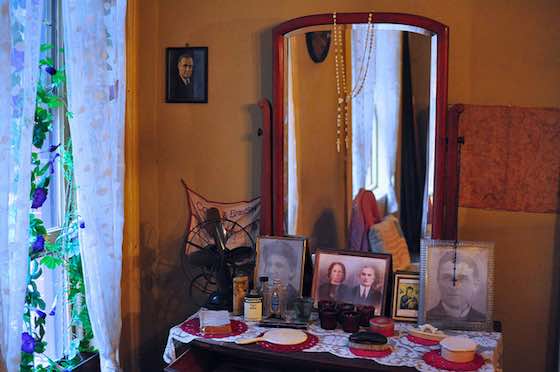 The chance to travel back to those days, visiting the Levine's apartment and several others, is yours for the asking at the Tenement Museum (www.tenement.org), which recreates the life of New York City immigrants between 1863 and 1935 when 97 Orchard Street was home to some 7,000 people from more than 20 nations.

"I'm so glad we visited," said Carolyn Gilbert Epstein, visiting New York from Miami with her mom and three children. "It is so authentic and personal and it is about families and we can all relate to it."

Today, the Tenement Museum is the only museum in the country to commemorate the history of urban immigrants -- a tradition that, of course, continues to this day. The museum is a National Historic Landmark and a National Trust Historic Site.

We visit the Rogarshevsky's home where four brothers slept on a narrow couch in the front room, their feet on chairs, while their two sisters shared a folding cot. After her husband died of tuberculosis, Fannie Rogarshevsky traded janitorial services for free rent and was the last tenant to leave in 1935. (Little girls visiting might like the new books about Rebecca Rubin, which detail a young Jewish girl's 1914 immigrant experience. There is an American Girl Rebecca doll, as well (www.americangirl.com). 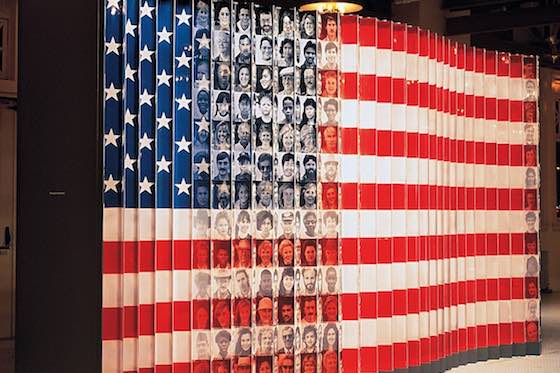 At the same time, there is a new audio tour at Ellis Island, designed especially for kids using animated character voices. You can also celebrate your heritage by uploading your photograph to the American Flag of Faces (www.FlagofFaces.org).

Certainly visitors to New York have their pick of world-class and iconic sites -- the Museum of Natural History with its new extreme mammals exhibit, The Metropolitan Museum of Art with its new American wing, two new Major League baseball stadiums, the Empire State Building and Central Park. (For more information, visit www.nycgo.com. For great value for major attractions, visit www.citypass.com.)

But there is a lot more to New York than the tourist track.

Rent an apartment from an agency like www.nyhabitat.com and explore a local neighborhood. (Check out "Pauline Frommer's New York City Spend Less See More" guide.) In fact, vacation apartment rentals in NYC are the second most popular destination on www.homeaway.com, the premier online vacation rental site.

Opt for the Upper West Side in a cozy one-bedroom at the newly renovated Hotel Beacon (www.beaconhotel.com) or townhouse suites at the Pod Hotel (www.thepodhotel.com) in a residential eastside neighborhood for under $200 a night.

A visit to New York with kids, of course, wouldn't be complete without considering the immigrants who contribute so much to the city's life -- kids in New York Public Schools speak more than 160 languages -- and that means getting out of Manhattan! Consider that of the 8 million or so people who live in New York, only 1.5 million live in Manhattan. Get out and explore the other boroughs -- the Bronx, Brooklyn, Queens, Staten Island, as well as lesser visited Manhattan neighborhoods and sites. (Sign on for a free neighborhood tour led by local volunteers, www.BigAppleGreeter.org.)

Take the free Staten Island Ferry (www.visitstatenisland.com) for a first-rate view of the New York City skyline and check out The Hedge Maze in the Secret Garden at Snug Harbor Cultural Center and the Carousel for All Children at Willowbrook. 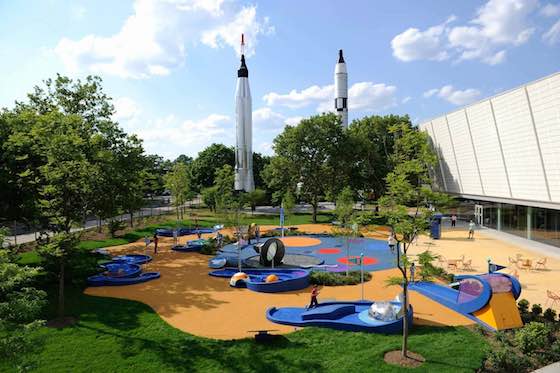 Head to Queens and the New York Hall of Science, which boasts the largest collection of hands-on science exhibits in the city (400!), but just opened Rocket Park Mini Golf (www.nyscience.org) to encourage kids and parents to explore science concepts -- gravity, velocity -- as they make their way through nine holes.

There's a lot more to the Bronx than the Bronx Zoo, as terrific as it is -- like Wave Hill (www.wavehill.org), the public garden and cultural center that offers family art projects and birding walks.

The Brooklyn Children's Museum (www.brooklynkids.com), opened in 1899, was the first museum created expressly for children and, after its recent expansion, remains a showcase for what a children's museum can be. Check out exhibits like Wild About Plants, which lets families touch, smell, magnify, build, rebuild, watch and listen to plants -- uncovering what they do for people and what people can do for them.

If tickets to see the Mets and Yankees are too pricey, take the kids to see the Minor League Staten Island Yankees (www.siyanks.com) or the Brooklyn Cyclones (www.brooklyncyclones.com) instead. You're bound to meet lots of local families.

Stop in at the FDNY Fire Zone (www.fdnyfirezone.org) where kids can try on firemen's gear, climb on the trucks and pose for pictures -- at no charge. You'll meet a lot of local families at the brand-new High Line (www.thehighline.org), the one of a kind park built on the elevated, steel structure that originally carried freight trains. The first section runs from Gansevoort Street, in the Meatpacking District, to West 20th Street, between Tenth and Eleventh Avenues.

Grab a hot pretzel from a street vendor to eat along the way.