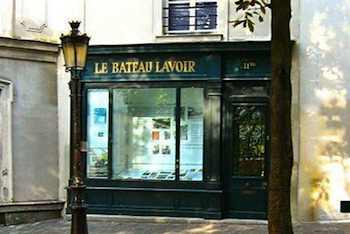 For art lovers the chance to see where there favorite works were created is often just as exciting as seeing the works themselves. With this in mind the members and editors of VirtualTourist.com put together this list of must-see artist homes and studios.

Few museums in the world provide as complete a portrait of their subjects as this one. In addition to several of Khalo's more famous works, visitors can see first-hand the mirrored bed in which she recovered from the accident that nearly took her life.

Truly a painting come to life, this lush, tranquil garden is almost magical in its beauty. In addition to being able to walk on Monet's famous green bridges, visitors can also take a stroll through the house in which he was famous for entertaining friends and family.

Visitors to the island of Lanzarote would have a hard time avoiding the influence of this prolific artist as his presence is felt everywhere. For those who can't get enough, a visit to his almost Kubrickian home (much of which was built into hardened volcanic lava) is an absolute must.

Somewhere between opulence and overkill lies this incredible home that endured more than 30 years of tweaking by the artist. Tastes and opinions aside, the sheer vibrancy of the home's color is second only to the vitality of his paintings.

While there is much to marvel at here perhaps most intriguing is what's known as the "cess-pit findings," if only for how they were found. Excavated just recently, they are small objects that essentially got sucked into the drain of the house. Findings include smoking pipes and decorative trinkets thought to be from Rembrandt's time.

Known for his soft, ethereal paintings, Sorolla created a garden oasis as serene as any of his works. Visitors to this incredible sanctuary have Sorolla's widow to thank, as she left her late husband's creations to the people of Spain, converting this home into a museum in the process.

Like the aristocracy he immortalized, Rubens and his wife lived large here for 24 years. Although it fell on some hard times after his death, it was purchased by the city of Antwerp, completely refurbished and opened as a museum in 1946.

Some call him a visionary, others ... don't, but opinions aside, it's certainly interesting to see Pollock's famous paint splatters on the floor of his studio. The sprays of paint were covered up when the house was winterized in the '50s and discovered during renovations made 30 years later.

The original was destroyed in a fire, but a number of artists worked here, inhabiting the space in their own unique way. Picasso, Matisse, Utrilo, and a long list of other wildly successful artists made this their creative space. While the building isn't open to the public, visitors could hardly ask for a more picturesque facade to photograph.

A former T-shirt factory, this studio has been left almost exactly as it was at the time of the controversial artist's death in 1992. In addition to gallery space, this facility also offers visitors art workshops and poetry readings.