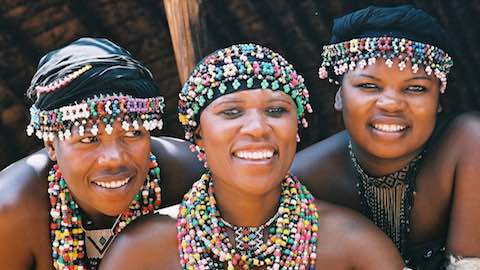 A South African safari is an unforgettable experience, but no visit to the country is truly complete without a cultural immersion. South African culture, history, and heritage come alive in the vibrant city of Durban and combines the best of both worlds.

(BPT) - Think of South Africa, and images of majestic savanna landscapes and roaming wildlife may come to mind. A South African safari is an unforgettable experience, but no visit to the country is truly complete without a cultural immersion. Luckily, the vibrant city of Durban combines the best of both worlds in the most stunning of settings. Located along the Indian Ocean coast just an hour from Johannesburg by air, Durban offers an eclectic array of activities where you can explore the city's important role in world history, the rich heritage of its Zulu people, and innumerable natural wonders -- from the beach to the bush.

Experience authentic Zulu culture in the Valley of 1,000 Hills

Named for its dramatic surrounding landscape, the Valley of 1,000 Hills has been home to the Zulu people, South Africa's largest ethnic group, for centuries.

Visitors can take an organized tour deep into tribal lands to experience Zulu culture with its exuberant ceremonies, traditional music, and dancing. You'll learn about Zulu beliefs and healing practices, break bread with local families, and learn the hidden meanings behind their colorful beadwork. Those seeking a truly transformative experience can arrange one-on-one sessions with the village healer or spend the night with a Zulu family in their home. The natural scenery in the Valley of 1,000 Hills will take your breath away, and the welcoming nature of the Zulu people will stay in your heart forever.

Walk in the footsteps of Gandhi and Mandela

Not everyone is aware that Mahatma Ghandi's life work was inspired by his experiences in Durban. In 1893, he arrived as a young lawyer, and the discrimination he witnessed personally and against his fellow Indians drove him to start his worldwide movement of passive resistance as he fought for the legal and civil rights of the Indian population. At the Phoenix Settlement, you will see Gandhi's house and the printing press he used to publish his newspaper, The Indian Opinion. Many of the more than one million Indians living in the city make the pilgrimage to this important historical site alongside visitors from around the world.

Five years after his death, the great Nelson Mandela remains South Africa's most revered public figure. 2018 marks a year-long celebration of his life and what would have been his 100th birthday on July 18. Honor his work when you're in Durban by visiting the Nelson Mandela Capture Site, located at the exact spot where he began his “Long Walk to Freedom” after being arrested for anti-Apartheid activism in 1952. The focal point of the site is a striking monument, and an educational exhibition walks you through Mandela's life and role in establishing a democratic South Africa.

Hit the beach at Umhlanga Rocks

To play amongst the ocean-loving locals, head to Umhlanga Rocks, Durban's laidback beach village. Located on a picturesque stretch of the Indian Ocean, Umhlanga Rocks beckons visitors with a scenic promenade that passes by local landmarks including Umhlanga Lighthouse and Whale Bone Pier. A walkable downtown area makes dining and nightlife easily accessible from the area's many upscale boutique hotels and guesthouses, and opportunities to get on the water abound -- from surfing to deep sea fishing, scuba diving, whale watching, and kiteboarding.

Those intrigued by the underwater world can get their adrenaline pumping on Aliwal Shoal. Consistently rated one of the top warm water diving and snorkeling sites in the world, Aliwal Shoal is also the spot to get up close and personal with blacktip reef sharks. Those brave enough can swim or dive alongside these mysterious creatures in the open ocean, but viewing from inside a cage is always an option.

Is Durban, South Africa calling you?

Image: Zulu dancers give visitors a look into their culture in the Valley of 1,000 Hills in Durban, South Africa.