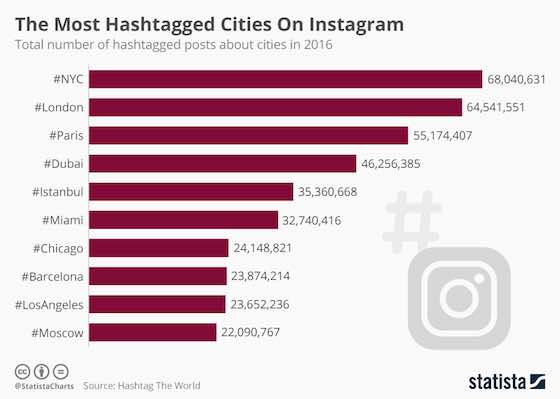 Instagram has become a huge hit with travelers around the world and New York has been named the most hashtagged city in a recent report.

According to "Hashtag the World", the Big Apple had 68 million hashtagged posts in 2016, a growth rate of 79 percent compared to the previous year.

London came second in popularity with 64.5 million hashtagged posts while Paris completed the top three with 55.1 million. Even though Los Angeles was further down the list for the sheer volume of posts, it did record the fastest growth rate of any city worldwide, with its post count rising 119 percent.

The chart above shows the number of hashtagged posts about cities in 2016.