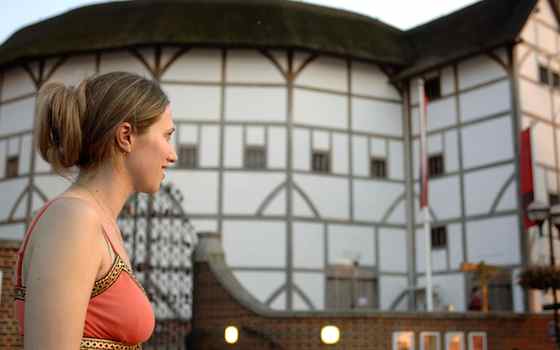 With 2014 marking 450 years since the birth of playwright William Shakespeare, the capital is preparing for a year-long celebration.

London & Partners, the city's promotional organisation, has drawn together a compilation of the best of what is happening this year to celebrate the achievements of the world's greatest poet and playwright.

The open air theatre's 2014 season will mark the writer's anniversary with new productions of Antony & Cleopatra, Julius Caesar and The Comedy of Errors. A world tour of Hamlet Globe to Globe will begin at Shakespeare's Globe on 23 April 2014 and tour every country in the world over a two-year period. A new indoor theatre will also open at the Globe named after its visionary founder -- the Sam Wanamaker Playhouse.

The first performance of Shakespeare's Twelfth Night is said to have taken place in the Hall in 1602 with Queen Elizabeth I in attendance. Middle Temple Hall remains virtually unaltered since completion in the 1570's and is one of the finest Elizabethan Halls in the country. From the moment you arrive onto the cobbles of the lantern-lit Middle Temple Lane, visitors will feel as though they have stepped back in time to somewhere very special.

This immersive installation will examine the enduring influence and popularity of the world's most famous poet. Drawing together objects from the V&A collection and interviews with key contemporary practitioners, Shakespeare: Our Greatest Living Playwright (8 February -- 28 September 2014) examines how Shakespeare's plays have travelled across centuries and continents to be used as a springboard for theatrical re-imaginings and interpretation.

London Walks takes Shakespeare and Dickens fans back in time visiting half-timbered Elizabethan dwellings and the magnificent early 16th-century gatehouse where the Bard went with his plays to the offices of the Elizabethan Master of the Revels. Tours run every Wednesday, 11.00am and Sunday, 2.00pm.

When it was erected in 1587, The Rose was only the fifth purpose-built theatre in London, and the first on Bankside -- an area already rich in other leisure attractions such as brothels, gaming dens and bear-baiting arenas. Shakespeare's plays performed at the theatre included Henry VI part I and Titus Andronicus. Theatregoers can visit the Rose every Saturday or go and see one of the productions including Shakespeare's Richard III.