Hamburg: Germany at Its Modern Best 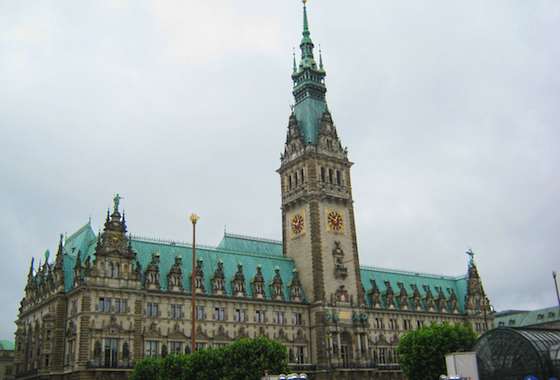 Hamburg: Germany at Its Modern Best

Hamburg is Germany's second-largest city and its most important port. Like other great European "second cities" -- such as Marseille, Glasgow, and Barcelona -- this northern port city has a special pride. Popular with Germans (but a rare stop for Americans), Hamburg has a real feel and edgy charm -- and an honest grip on where it came from and where it's going.

Travelers looking for quaint, Old World Europe won't find it in Hamburg. The city's medieval center was virtually leveled by a huge fire in 1842, and World War II bombing decimated the rest. Today's city center is a soulless mixture of office buildings and brand-name chain shops.

Instead, Hamburg's allure is around the edges, showcasing reminders of Germany's industrial prosperity. A century ago, Hamburg's port was the world's third largest, and between 1850 and 1930, more than 5 million Germans emigrated to the United States from here. These days, the city's fishy maritime atmosphere -- with a constant breeze and the evocative cry of seagulls -- gives Hamburg an almost Scandinavian feel that's worlds away from the sun-drenched, Baroque joviality of Bavaria.

One city-center sight that's worth visiting is the 647-room City Hall. After the previous City Hall burned down in the fire, the city constructed the current building to highlight the wealth and grandeur of turn-of-the-20th-century imperial Germany. It shows off Neo-Renaissance, Neo-Gothic, and other then-popular historicist styles.

From City Hall, a short walk north leads to Binnenalster, the first (and smaller) of Hamburg's two delightful lakes. Lining the lake is the Jungfernstieg, the city's most elegant promenade boasting top-of-the-line shops. From spring through fall, canal boats take visitors on a sleepy tour around the lake.

Just above Binnenalster is the larger lake, Aussenalster. In the past, private gardens tumbled down from mansions lining the lake. But a 1953 law guaranteed public lake access for everyone, and walking and biking paths now parallel its shore, providing Hamburg -- one of Germany's greenest cities -- with a sprawling parkland.

Cradling the city to the south is another body of water: the Elbe River, site of the city's former docklands. With the advent of modern container ships that demanded more space than Hamburg's industrial zone could accommodate, most business shifted to a larger port nearby -- and all this prime real estate (just half a mile from City Hall) suddenly became available. Now this area -- like the former docklands areas in London, Barcelona, and Oslo -- is being gentrified. The result: HafenCity, Europe's biggest urban development project.

The centerpiece of HafenCity is the Elbphilharmonie Concert Hall, a towering and wildly beautiful piece of architecture that's slated to be finished in 2015. When it opens, it will serve as a concert hall, hotel, apartment complex, and shopping mall.

The northern part of HafenCity is occupied by Speicherstadt, the old warehouse district. The city preserved the area's red-brick riverside warehouses as part of the urban landscape, and some of them now house museums and other attractions, including the and Miniatur Wunderland, featuring a sprawling model railway and miniature versions of the Alps, Scandinavia, and the United States.

Downriver from HafenCity is the St. Pauli Landungsbrucken harborfront area, which locals call "the Balcony of Hamburg." One of my favorite sightseeing experiences in Hamburg is to hop a harbor cruise and gape at the mighty port. The massive ships, container cranes, and dry and wet docks are breathtaking, and the entire experience is buoyed by fascinating narration.

The most interesting place to cap off the day is the Reeperbahn. Home to many of Hamburg's Broadway-style musical theaters, this neighborhood is where the Beatles got their start (though the closed recently).

The Reeperbahn also contains the tawdry red-light sailors' quarter. But thanks to a rising tide of affluence, the red-light district is shrinking, and these days, it's confined to one small block, defined by metal modesty walls erected during Hitler's rule. Back then, German society didn't admit to having such districts, but an exception was made for the hardworking and heroic sailors on shore leave.

After being surrounded by the seediness of the Reeperbahn, the nearby Shoulderblade district provides a wonderful breath of fresh cultural air. This trendy neighborhood hosts a squatter-building-turned-arts-venue and a strip of fun eateries booming with hip professionals. An edgy-yet-charming park has about the only reminder I saw of World War II in all of Hamburg -- a bunker that has been painted and converted into a climbing wall.

Districts like the Shoulderblade and HafenCity show off modern-day Hamburg at its finest. No longer content to be famous merely for its lusty sailors' quarter and as the Beatles' springboard to stardom, the new Hamburg expects to be seen as a cultural capital moving boldly into a promising future.

Places to Stay in Hamburg, Germany:

Hotel Wedina is a hip, informal, design-conscious place featuring rooms in four renovated townhouses on a quiet street near the train station (splurge, www.hotelwedina.de). Hotel-Pension Alpha is a cheaper choice in an older but well-kept building almost in sight of the station (moderate, www.alphahotel.biz).

Kajute sits on pontoons on the Aussenalster and provides a great view of the sailboats and the setting sun across the lake (An der Alster 10a, tel. 040/243-037). Block Brau, a huge modern beer hall, features local cuisine, its own beer, and rooftop terrace seating with harbor views (Landungsbrucken 3, tel. 040/4440-5000).

Getting Around Hamburg, Germany:

Hamburg is a lively metropolis in the north of Germany and contains several green spaces, canals and lakes and provides a good standard of living for its inhabitants.

Although known as a harbor city, Hamburg is located on the River Elbe and is more than 100 kilometres from the North Sea. Due to its huge river, the sheltered harbor is accessible to large containerships.

The Speicherstadt is part of the harbor and is the largest warehouse complex in the world and is crossed by canals that are known as fleets. It was once what amounted to a city of warehouses whose Gothic brick architecture with gables, pinnacles and arches created an extraordinary setting.

The tower of St. Michaelis Church is lovingly known as 'Michel' and is one of the city's most famous landmarks. It is also one of the most beautiful Baroque buildings in the north of Germany with its white, grey and golden interior being particularly impressive.

City Hall highlights the power of the autonomous Hansestadt Hamburg. This impressive building is supported by 4,000 oak posts in the former swampland of the Alster.

Hamburg is a green city on the water and gateway to the world, a European harbor that contains the spirit of distant lands!