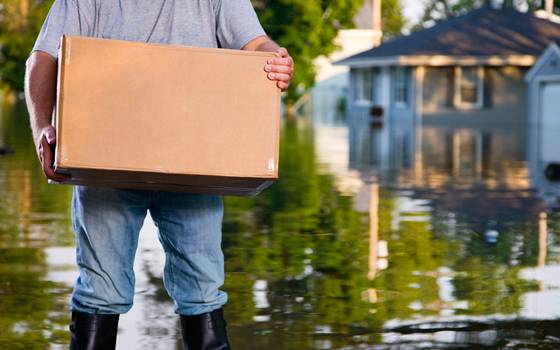 Whether It’s a Server Going Down or a Tornado, You Need to Have a Plan

When you’re a small business owner, a disaster doesn’t necessarily mean a hurricane; it can be something as simple as a server going down. Veronica Hendrix, Public Information Officer with the City of Los Angeles Emergency Management Department recalls a South LA newspaper with a busted water main. “Thankfully, they had a lot of their operations in the cloud,” she says, adding, “They didn’t even lose a day.”

No matter how you define “disaster,” you need your business to be as prepared for it as your home -- if not more so. Disaster preparedness begins with planning, so we’ve outlined how to put a plan together to potentially save your business.

The first part of putting together a disaster preparedness plan is defining what disaster means. Disaster for a small business is anything that could significantly impact your ability to conduct business or productivity. For example, a snowstorm isn’t generally defined as a disaster. However, if there’s a snowstorm preventing you from getting inventory for half the week, that’s half a week you spend without the right or enough stock. That is basically the definition of disaster for many businesses.

Citing the Northridge earthquake as an example of a serious disaster, “We’ve only really had a couple real disasters since we’ve been in business,” says Katty Douraghy, President of Artisan Creative, a recruiting firm in Los Angeles. Still, she’s quick to acknowledge any problem with their cloud backup could quickly become a disaster.

So think about what would constitute a disaster for your business. Start with the abstract part of the picture (in this case, inability to get stock), then work backward to figure out how that disaster could possibly befall you.

Now that you’ve identified what counts as a disaster for your business, it’s time to begin thinking about how to plan for it. Can you do anything to prevent the disaster from happening? Probably not -- a disaster in this case is much like a hurricane or a flood: it’s totally out of your control. And while you might not be able to prevent disaster, you can control how you respond to it.

Hendrix stresses that businesses need an evacuation plan. Where do people go if they have to evacuate a building? Where does everyone meet up? Who does a head count?

Take the previous example of a snowstorm that knocks out a supply line for your inventory. You can’t prevent a snowstorm, but you can start figuring out how you would deal with one. For example, you might find an efficient way to keep more stock on hand, and look for additional suppliers in different regions of the country.

“If you’re in manufacturing, you need to keep a list of your critical business contractors to let them know your business has been interrupted and when you’re getting back online,” says Hendrix, who also stresses that small businesses need to ensure payroll continuity when catastrophe strikes.

“Our backup is stored in the cloud,” says Douraghy. This includes both Artisan Creative’s website and intranet. “A very large corporation supports this, so while we’re small we’ve been able to piggyback on them.”

Many small business owners have a tendency to catastrophize. While this is often a bad thing (expending energy stressing over events that almost never come to pass), when it comes time to create a contingency plan this is a very good thing. You can channel that angst into something productive -- namely, coming up with a way to deal with whatever disasters you have been able to foresee.

Come Up With an Action Plan

When it comes to bigger disasters, Hendrix urges you to take advantage of local resources: Websites and social media can keep you keyed into developments as they happen.

Nicholas Pell is a freelance small business and personal finance writer based in Southern California. His work has appeared on MainStreet, Business Insider, WiseBread and Fox Business, amongst others

Disaster Preparedness - How to Prepare Your Small Business for a Disaster