What Election Analysts Can Learn From Trump's Win 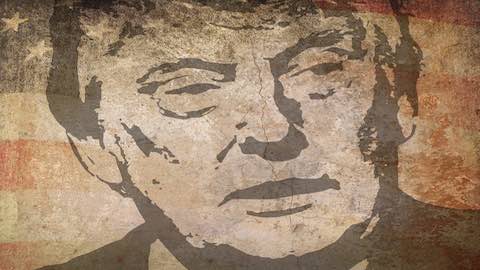 What Election Analysts Can Learn From Trump's Win

Donald Trump's presidential election victory has -- among many others -- upset political commentators. Few predicted the outcome. Most used periodic polling and historical trends to predict that Secretary of State Hillary Clinton would win.

Almost every step of the way, from the primaries to election night, there were election analysts who failed to acknowledge Trump as a credible contender. Studies of the electoral map suggested the pathway to the White House was nearly unachievable for Trump. He would need to win all of the big swing states to reach the required 270 Electoral College votes. In the end Clinton won the popular vote but Trump received 290 Electoral College votes compared to Clinton's 228 -- a clear victory.

Trump's triumph has shocked a good portion of the media and political scientists who expected Clinton to win based on the polls. Yet Trump's victory has not surprised Americans who either voted for Trump or whose families, neighbours, friends and colleagues supported him. Whilst elites spent the campaign analysing the election in moderated television discussions and in college seminar rooms, Americans whose views are not entirely captured by pollsters were discussing the election within their communities.

This election has thus revealed an important lesson for election analysts: if you want to better understand public sentiment and voting intentions,

I recently spent a month on the road in the United States and spoke with dozens of Americans about the election. During my travels I met people in bars, at tourist attractions, in hostels, and at sports and live music events. What Trump supporters told me to an extent echoed media and academic analyses of Trump's popular appeal. His "says it like it is" approach is a welcome change from the political correctness and spin that permeates America's elite institutions. Trump is shaking things up in Washington, they believe. Trump is the best hope to protect American jobs, and so on.

What surprised me in particular was the number of Democrats I met who were either sympathetic to Trump's message or resigned to the idea that he would beat Clinton. While the polls gave Clinton a significant lead, my overwhelming impression was that people were expecting Trump to win, for better or for worse.

The disconnect between the public sentiment I encountered and predictions of a Clinton victory can partly be explained by the questions which are asked in polls. Election surveys tend to focus on voter preferences and voter turnout and not on who voters expect will win. There is an alternative polling method which uses citizen forecasts and the 'wisdom of crowds' to predict election outcomes and this is a promising approach. But there are other limitations with polling.

Survey methods usually do not allow for detailed responses. A typical pre-election survey question is to ask participants to use a ten-point scale to rate the likelihood that they will vote. Such numerical values allow pollsters to quantify expected voter turnout but they do not say why respondents are more or less likely to head to the polls.

Respondents who are uncertain about voting may be undecided about how to vote or may be facing circumstances that could prevent them from voting, such as work or family commitments. Factors that would sway these uncertain voters to a particular candidate are also likely to differ from one individual to another. On the other hand, respondents who are certain they will vote may be enthusiastic about voting for a candidate, whilst others may be voting out of a sense of civic duty. Set survey questions do not allow pollsters to unpack these micro-level personal concerns and experiences in the same way conversations can.

The people I met gave explanations about their voting preferences that would be difficult to fully convey in responses to standardised questions. I spoke with individuals who had not voted since casting ballots for Ronald Reagan (in 1980 or 1984) but who were resolved to turn out to the ballot boxes for Trump. Others were conflicted by the choice of major party nominees who were said to be unappealing for different reasons. Trump was thought to be rude and crude and Clinton was accused of being untrustworthy.

Among decided voters, Trump supporters were more enthusiastic whilst many Democrats I met were reluctant to support Clinton. Some wanted to vote for Senator Bernie Sanders, the former Democratic presidential candidate. Even a preference for Clinton over Trump was not a guarantee that a voter would turn out for Clinton on election day. As I wrote before the election, speaking with Americans gave me the impression that voter turnout could put Trump in the White House; it seemed that an increase in white, working class Republican votes together with a decrease in Democrat voters from parts of President Obama's support base could tip the result Trump's way.

I am not suggesting that anecdotal evidence is more valid than scientific polling. It is obvious that casually chatting with people in public places, as I did, is not an academic method. But there is something to be said for conducting research which permits more nuanced and detailed answers from respondents and which engages with people within their communities.

A possible solution is field interviewing, which could be more widely adopted during elections to supplement polling data and to correct an over-reliance on polls. A benefit of interviews is that researchers can listen to answers given by individuals and ask follow-up questions to gain further insights.

Extended one-on-one conversations might reduce the likelihood of response bias, which occurs when some people adjust or temper their opinions to give more socially acceptable answers. There is a "shy voter" theory whereby a portion of voters who are reluctant to admit their preferences will instead give socially desirable answers in election surveys and focus groups before voting another way. This has been used to explain the unexpected Brexit result and the polls predicting a Clinton win. Social desirability bias is a problem which might be overcome by researchers building rapport with the voters who they are interviewing.

Of course, interviews come with their own sets of problems. Researchers conducting interviews need to be careful to avoid asking loaded and leading questions off-the-cuff. Interviews take time, may be expensive to conduct in person and slow to produce results. There are also issues with small sample sizes and the interpretation of results as well as non-response bias from people declining to be interviewed. Still, it is worth reviewing the methods used to predict election results and to consider additional ways of getting in touch with public opinion.

Christine Gallagher is an MPhil International Relations candidate, Pembroke College, Oxford, and a former executive producer with the Australian Broadcasting Corporation. She is a graduate of the University of Sydney where she was awarded the Hedley Bull Prize in International Politics and the University Medal for International and Global Studies.

Politics: "What Election Analysts Can Learn From Trump's Win"