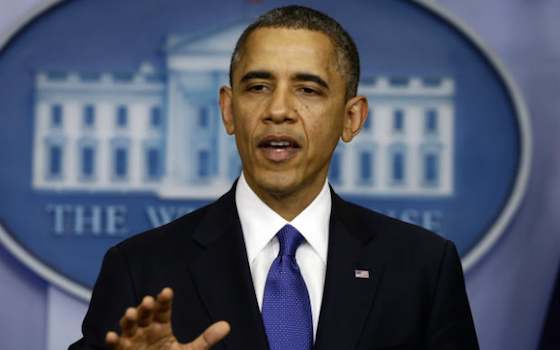 The developing furor over waiting times for military veterans needing critical care for war wounds and trauma is a particular political dilemma for President Obama. It comes in the midst of his central effort to shift the nation's agenda of fighting wars away from what he calls a "perpetual wartime footing."

If by the end of his presidency he gets all American forces out of Iraq and Afghanistan and keeps them out of the civil war in Syria, such an achievement may well be regarded his principal legacy. But it's yet to be established.

By circumstance rather than choice, Obama has had to spend much of his presidency re-engaging the United States in multilateral responses to global military challenges, after the previous Republican administration's detour into unilateralism in the 2003 invasion of Iraq.

Among the many unhappy consequences of that diversion has been a swelling of the ranks of returning war veterans to a home environment unwelcoming to them. That is a reality both in job opportunities and the medical care earned in their military service and in too many cases urgently required.

Coping with that care necessarily has fallen to the , which has become a vast medical facility of more than 1,400 government-run hospitals and other care facilities across the nation. The allegation that many ailing veterans have died while awaiting surgery or other vital medical care is a searing indictment of the administration in charge, and therefore of the president and his appointed secretary, retired Army Gen. Eric Shinseki.

As demands for the secretary's scalp have grown louder, Obama has declined to ask for his resignation or to fire him, choosing to await further investigation into that allegation. His procrastination has fanned more charges of presidential aloofness and weakness among those who see an above-it-all demeanor in his manner and approach.

At the same time, Shinseki's characteristic low-key and dignified manner before the last week drew comments that although he said he was "mad as hell" over the allegations of VA officials "gaming" the waiting system, his placid demeanor seemed to convey otherwise.

Nevertheless, the Hawaii-born son of parents of Japanese ancestry and the first Asian-American to become chief of staff has not had a record of timidity. During the run-up to the invasion of Iraq, he ran afoul of then-Secretary of Defense Donald Rumsfeld and his deputy, Paul Wolfowitz, by predicting it would take "something in the order of hundreds of thousands" of U.S. troops to cope with post-invasion Iraq.

Wolfowitz, in testimony before weeks before the invasion, called Shinseki's estimate "wildly off the mark," but by the end of 2005 the U.S. forces in Iraq reached 160,000. Shinseki, who was appointed by President Bill Clinton in 1999, retired in June 2003 at the end of his four-year term, about three months after the invasion.

As the secretary, he has presided with an even-tempered style. Only two weeks ago, he finally discharged the head of the department's health care division after the VA inspector general said he would begin an investigation of possible criminal violations regarding the waiting list at the VA center in Phoenix.

Last week the House voted overwhelmingly to give the secretary more leeway in ousting or demoting career officials engaged in improper treatment of client veterans. But the public and congressional pressure on Obama to take more aggressive action himself continued to mount.

At stake, beyond the plight of neglected clients and the perception among political foes that the president's bark is worse than his bite in this and other matters, is the reputation of government itself as an efficient hands-on instrument.

Unlike Obamacare, which functions through the private health-care system, the VA runs its own medical centers with staff doctors and personnel. Allegations of rank failure only fuel the conservative mantra of bureaucratic inefficiency and waste that is at the heart of today's .

With congressional elections looming this fall, the VA fiasco is the last thing Obama, his administration and party need right now if he is to repair his political strength for his last two years in office.