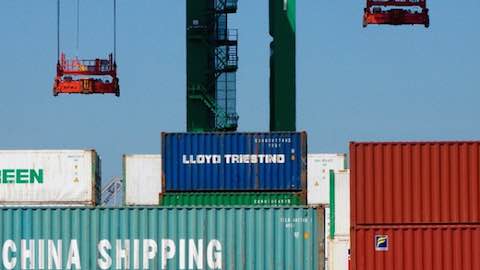 The hit parade of failed arguments should convince any fence sitters that he Trans-Pacific Partnership (TPP) is a bad deal.

As Congress gets ready to vote on whether to “fast-track” the Trans-Pacific Partnership (TPP), its proponents are making weaker and more far-fetched arguments for the deal. And they keep getting their facts wrong and their logic twisted.

This hit parade of failed arguments should convince any fence sitters that this is a bad deal. After all, you don't have to make up nonsense to sell a good product.

Topping the list of failed arguments was a condescending USA Today editorial from early May.

It admonished unions who oppose the TPP because they worry it will cost manufacturing jobs. The newspaper's editors summarily dismissed this idea, blaming the huge manufacturing job losses in recent years -- amid a doubling of manufacturing output -- on productivity growth, not imports.

The editorial rested its case on Commerce Department data that doesn't actually measure manufacturing output. The correct data showed a sharp slowdown in the growth of manufacturing compared with the prior decade, when the trade deficit was not exploding.

USA Today eventually acknowledged the error, but left the text and the criticism in the editorial unchanged. Remarkably, the headline of the editorial referred to the opposition to the TPP as a “fact-free uproar.”

Another big swing and a miss came from Bill Daley, the former Commerce chief and J.P. Morgan executive who also briefly served as chief of staff in the Obama administration.

Daley wrote a New York Times op-ed pushing the TPP by arguing for the virtues of trade. The piece was chock full of errors and misleading comments. The biggest whopper: a claim that the United States ranks near the bottom in its ratio of exports to GDP because of trade barriers in other countries that supposedly restrict our exports.

But the main reason the United States has a low ratio of exports to GDP is that it’s a big country. This means that Illinois and Ohio, for example, provide a large market for items produced in Indiana. On the other hand, if the Netherlands seeks a large market for its products, it must export.

Another issue is that the TPP hasn’t been made available to the public as Congress prepares to vote. TPP supporters say it doesn't matter, since lawmakers can see the draft text any time they like. That's nice, but they must review the jargon-filled text without bringing along staff. Nor are they allowed to discuss the text with others.

As Senator Sherrod Brown pointed out, President George W. Bush made the draft text for the Free Trade Area of the Americas -- an international accord that Congress didn't approve -- public before asking Congress to vote on fast-track authority. Apparently, President Barack Obama isn't willing to do this. He's even attacking TPP critics, like Senator Elizabeth Warren, for suggesting that he should.

Obama also dismissed Warren's concern that the TPP and other fast-tracked trade deals could jeopardize our ability to regulate Wall Street. Obama dismissed this as the hypothetical musings of a former law professor. He looked rather foolish the next week when the Canadian finance minister argued that new U.S. financial regulations violated NAFTA.

The reality is that the TPP has little to do with trade. It's a deal crafted by big business for big business.

While all of its specifics are not known, it’s clear that the TPP would put in place a business-friendly regulatory structure in the United States and elsewhere.

No amount of lipstick can make this pig pretty. The folks who keep trying are making themselves look very foolish in the process.

Dean Baker is the co-director of the Center for Economic Policy Research (cepr.org).