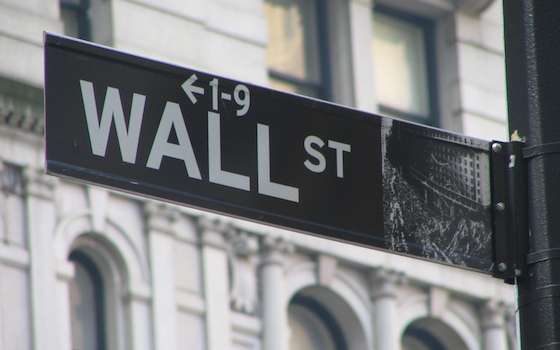 We're five years into a so-called recovery that's been a bonanza for the rich but a bust for the middle class, which is fueling a new populism. "The game is rigged and the American people know that. They get it right down to their toes," says Massachusetts Sen. Elizabeth Warren.

Left- and right-wing populists remain deeply divided over the role of government. Even so, the major fault line in American politics seems to be shifting, from Democrat vs. Republican to populist vs. establishment -- those who think the game is rigged vs. those who do the rigging.

The two sides are coming together around six principles:

1. Cut the biggest Wall Street banks down to a size where they're no longer too big to fail.

House Republican David Camp, chairman of the , recently proposed an extra 3.5 percent quarterly tax on the assets of the biggest Wall Street banks (giving them an incentive to trim down). "There is nothing conservative about bailing out Wall Street," says Kentucky Sen. Rand Paul.

Separate investment from commercial banking and thereby preventing companies from gambling with their depositors' money. criticizes establishment Republicans for not getting behind this: "Of course, the establishment political class would never admit that their financial donors and patrons must hinder their unbridled trading strategies."

This includes subsidies to big oil, big agribusiness, big pharma, Wall Street and the . Populists on the left have long been urging this; right-wing populists are joining in. Camp's proposed tax reforms would kill dozens of targeted tax breaks. Says Sen. Ted Cruz: "We need to eliminate corporate welfare and crony capitalism."

4. Stop the from spying on Americans.

House Republican Justin Amash's amendment that would have defunded NSA programs engaging in bulk-data collection garnered votes from 111 Democrats and 94 Republicans last year, highlighting the new populist divide in both parties. Rand Paul warns: "Your rights, especially your right to privacy, is under assault. ... If you own a cell phone, you're under surveillance."

Populists on the left have long been uncomfortable with American forays overseas. Paul is leaning in the same direction. He also tends toward conspiratorial views about American interventionism, claiming that former Vice President Dick Cheney pushed the Iraq War because of his ties to .

, drafted in secret by a handful of major corporations, is facing so strong a backlash from both Democrats and Tea Party Republicans that it's nearly dead. " movement does not support the ," says Judson Philips, president of Tea Party Nation. "Special interests and big corporations are being given a seat at the table" while average Americans are excluded.

Tea partiers continue their battle against establishment Republicans in Republican primaries. But the major test will come in 2016, when both parties pick their presidential candidates.

Warren says she won't run in the Democratic primaries, presumably against Hillary Clinton, but rumors abound. Vermont Sen. Bernie Sanders hints he might.

Dozens of major donors, Wall Street Republicans and corporate lobbyists have told Politico that if Jeb Bush decides against running and Chris Christie doesn't recover politically, they'll support Hillary Clinton. "The darkest secret in the big money world of the Republican coastal elite is that the most palatable alternative to a nominee such as Senator Ted Cruz of Texas or Senator Rand Paul of Kentucky would be Clinton," concludes Politico.

Says a top Republican-leaning Wall Street lawyer: "It's Rand Paul or Ted Cruz versus someone like Elizabeth Warren that would be everybody's worst nightmare."

Everybody on Wall Street and in corporate suites, that is. And the "nightmare" may not occur in 2016.

But if current trends continue, some similar "nightmare" is likely coming within the decade. If the American establishment wants to remain the establishment, it will need to respond to the anxiety that's fueling the new populism rather than fight it.