The Nincompoop Caucus Sets a Record 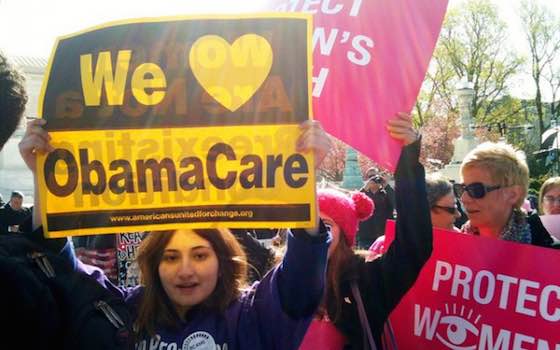 House Republicans have voted over 50 times to strip away Americans' health care.

The GOP-led House of Representatives has already achieved a historic legislative record.

A record in futility, that is. And absurdity.

In February, for the 56th time, they focused the entire array of brain cells in their 245-member caucus on an effort that would directly harm millions of Americans -- namely the repeal of the Affordable Care Act.

Yes, the Nincompoop Caucus has now wasted Congress’ time and credibility by voting not once, not 10 or 20 times, but 56 times to take away even the minimal level of health coverage for previously uninsured people.

But wait... it’s possible that I misstated that number.

It seems that House Speaker John Boehner’s team has lost track of how deeply they’ve disappeared into the woods of right-wing fantasyland. Some counts put the number of wild potshots lawmakers have taken at the program as high as 67.

Meanwhile, the so-called “Obamacare” program that the Boehner Bunch is working so feverishly to kill turns out to be working better than anyone -- even its proponents, who once included Mitt Romney and Newt Gingrich -- thought it would.

And, to the tooth-grinding dismay of the kill-Obamacare crowd, Americans like it.

Naysaying Congress critters scoffed from the start that no one would buy into the program. But on the deadline day for this year’s sign-up -- which came only two weeks after the House’s 67th vote for repeal -- a record number of people joined.

That means nearly 11.5 million Americans who had no coverage before the Affordable Care Act now do.

The Nincompoop Caucus Sets a Record