The Best of Times for a Few in America 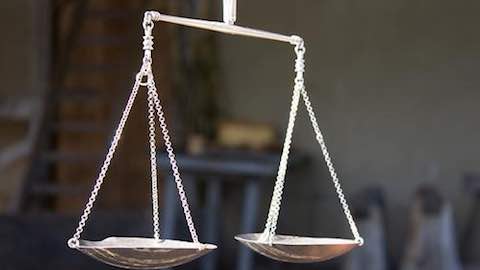 The Best of Times for a Few in America

The Best of Times, The Worst of Times. It's the best time for a few in America, the worst for many more. If you didn't read that book, it didn't end well.

Charles Dickens opened A Tale of Two Cities, perhaps his most famous tome, with the now iconic line, "It was the best of times, it was the worst of times."

The book is set in London and Paris during the late 1700s, the lead up to the French Revolution.

While revolution appears unlikely in the near term, we can draw some lessons from this tumultuous era to understand the growing economic divide in the United States today.

The ultra-wealthy are doing phenomenally well.

The Forbes 400 own a combined $2.68 trillion in wealth. If you could lay all their money in dollar bills down to create a dollar-bill carpet, it would cover the entire state of Massachusetts.

This concentrated wealth at the top continues to skyrocket. Jeff Bezos, head of Amazon, saw his wealth jump by $10 billion in October alone, making him the richest person in the country. In other words, one person's wealth jumped by nearly $4 million per second last month.

And if that kind of obscene profiteering wasn't enough, the president is offering a gigantic handout to the already uber-wealthy in the form of his tax plan.

For Jeff and his billionaire peers, it's the best of times.

Things aren't so good for everyone else.

The United States remains the only developed country that doesn't guarantee health care to all its citizens. We're among the only countries in the world with an expanding work week, meaning we spend more time toiling and less time on things like parenting, playing, or sleeping.

We're also witnessing the rise of what Nobel Prize winning economist Angus Deaton calls "deaths of despair." Opioid overdoses and suicides are both on the rise.

Many Americans are coming to terms with the fact that millennials are likely to be the first generation in American history who won't do better financially than their parents. One in five families is underwater, meaning they owe as much or more than they own.

A gripping stagnation is taking many forms throughout the country, leaving millions of families unable to get ahead of their problems. Rising student debt, declining workforce participation, and a minimum wage way below the basic cost of living are all factors.

For folks at the bottom, it's the worst of times.

There's a couple different ways this could play out.

This is essentially the scenario Dickens depicts in 18th century France. If you remember anything about this era from your history classes, you probably remember what came next -- the guillotine.

Fortunately, redistributing our nation's resources doesn't have to be violent or even unpleasant. It looks like increasing opportunities for everyone, supported by a strong social safety net. It's funded by those who've benefited the most from the nation's basic economic, political, and social structure contributing their resources and their support to this effort.

There's no natural order dividing the ultra-wealthy from a nation of strivers. These conditions have been socially created by a system of rules and norms. Changing these norms won't be easy, but they will change one way or another.

I, for one, hope we choose the compassionate route and save ourselves the bloodshed.

Politics: "The Best of Times for a Few in America"