The Best and Worst Presidents on Taxes 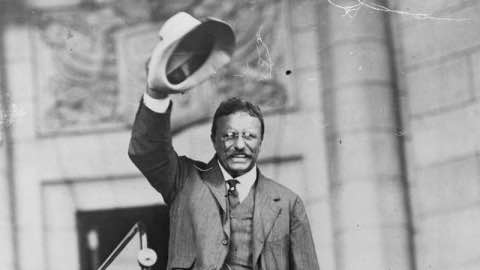 The Best and Worst Presidents on Taxes

From Reagan to Roosevelt, tax fairness continues to fluctuate along with our elected leaders.

With all the debate over Donald Trump's tax-dodging, I’ve been wondering how taxes have played into presidential politics in the past.

For some answers, I turned to Bob McIntyre, head of the nonpartisan research and advocacy group Citizens for Tax Justice. For 40 years, McIntyre has been on the frontlines of efforts to make our tax code fairer.

When asked what American president he considers the worst on tax fairness, his initial response was “Yipes, there are so many.”

After some consideration, he bestowed that honor on Ronald Reagan, whose 1981 tax act slashed taxes on the rich.

The top marginal tax rate dropped from 70 percent to 50 percent (before being cut even further to 28 percent in 1986). And, even more harmful, according to McIntyre, was the bill’s vast expansion of corporate tax loopholes.

Ironically, though, when I asked what president has done the most to advance tax fairness, Reagan's name came up again -- not as number 1, but as the runner-up.

While Reagan is a big hero of anti-tax Tea Partiers, later in his presidency, he agreed to raise taxes several times to address mounting budget deficits.

McIntyre was particularly involved in the fight over Reagan's 1986 reform, after cranking out reports for a decade that documented rampant tax-dodging among America’s largest corporations and wealthiest individuals.

The loophole-closing 1986 reform was still not enough to solve the problem of insufficient revenue to pay for federal spending. But by creating a broader tax base, Reagan set the stage for President Bill Clinton's increases in the tax rates on the highest earners.

The combination of the 1986 and 1993 reforms was essential to the balanced federal budgets that occurred in the late 1990s, according to McIntyre.

But of course, then President George W. Bush blasted a cruise missile-sized hole through all that fiscal responsibility with a new round of tax cuts and a spike in war spending.

So who was the best president for the cause of tax fairness?

Again, the answer was surprising: Teddy Roosevelt, but not because he was a strong advocate of progressive taxes (which indeed he was). Instead, McIntyre says TR deserves the honor because of the unintended consequences of his pettiness.

To understand his argument requires a bit of a history refresher.

In 1912, Roosevelt, who'd held the nation's highest office from 1901 to 1909, decided to throw his hat back in the ring because he was dissatisfied with the presidential performance of his former protégé, William Taft.

When Teddy Roosevelt failed to beat Taft for the nomination, he founded his own party -- the progressive, so-called “Bull Moose” Party -- and while he didn't win the election, he succeeded in splitting up the Republican Party.

This, McIntyre points out, led to Democratic takeovers of previously Republican state legislatures, which was critical to delivering the three-quarters of states necessary to ratify the 16th Amendment.

“Without Teddy's petulance,” McIntyre told me, “the amendment authorizing a federal income tax would almost certainly have failed to be adopted.”

So how does one stay motivated to keep fighting for fair taxation for 40 years? “Perhaps I have Sisyphus as my hero,” McIntyre said.

Trying to stop big corporations and billionaires from rigging the system does indeed seem like pushing a rock up a hill over and over. But until we elect public servants willing to stand up to these powerful forces, we have no choice but to keep pushing.

Sarah Anderson directs the Global Economy Project at the Institute for Policy Studies and is a co-editor of Inequality.org. Distributed by OtherWords.org.

Politics: "The Best and Worst Presidents on Taxes"