Sorry, I Can't Give Trump a Chance 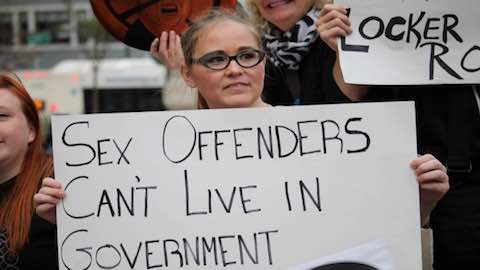 Our democracy is too important to play nice with a man who campaigned on undermining it.

As Donald Trump plans his transition into the White House, some have called for “unity.” Let’s “come together,” they say. Let’s “give him a chance.”

Why? Because it won’t work.

The rules of normal social conduct don’t apply in such a case. Nor do they apply in this one. As I’ve said before, Trump exhibits textbook emotional abuse tactics.

If you give him a chance, he’ll walk all over you. If you go into any negotiation ready to meet him in the middle, he’ll demand it isn’t enough, that he must get his way entirely. And he’ll strong-arm you to get it.

We already have evidence that Trump does absolutely everything he can get away with.

He walked in on naked teenage beauty queens while they were changing, just because he could. Twelve women have accused him of sexual assault. He openly admits that he kisses and gropes them without consent.

He doesn’t pay contractors for their work. During the campaign, he even stiffed his own pollster. And his lawyers had to meet with him in pairs to prevent him from lying about their meetings.

This is a man who’ll do anything he can get away with. And he’s about as ready to change as a man who beats his wife would be.

So we can’t roll over and let him. We fight.

That’s what we must do now. We must make it absolutely as hard as possible for this man to wreck our democracy. And that’s not a partisan statement.

It’s now about whether you think the democracy the United States has had for over 200 years should remain in existence. If the answer to that question is yes, then it’s time to fight. Because that’s what’s under threat.

The pain of this bitter election hurts.

For the second time in recent years, the Electoral College is on track to install a president who received fewer votes from the American people than his opponent.

We’re all dealing with difficult emotions in different ways. I’m listening to audiobooks and knitting. Okay, and ugly crying. Others are protesting. And some are trying to handle their anger and fear by “thinking positive.”

It’s not the time for that. Not when thinking positive means denying reality.

It’s been only days since the election and Trump has already appointed Steve Bannon, a white supremacist and “alt-right” media kingpin, as a top adviser. If you wanted to give Trump a chance, there. He’s had one. He blew it.

The next four years are going to be hard. But now is the time to start mobilizing. The continuation of our very democracy depends on it.

Politics: "Sorry, I Can't Give Trump a Chance"