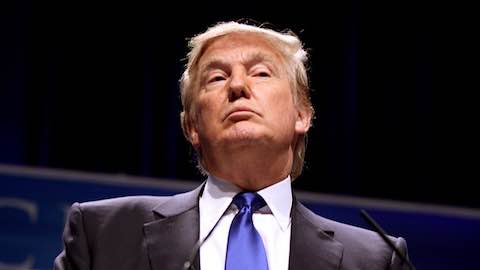 The new model of charismatic, bold, and politically incorrect leader treats democracy like a toy.

'Charisma' is usually what most people think of when recalling the German theorist Max Weber (1864-1920), leaving his original deliberation on 'Caesarism' (1917) ignored. Weber conceptualized Otto von Bismarck's plebiscitary leadership as a sort of Caesar-type governance, and although he did not define this term systemically, it was mainly about the interactive dynamics between a 'charismatic leader' and an 'irrational mass' with 'disdain for parliament' [Note 1].

The unorthodox but much better than expected political success of Vladimir Putin and Donald Trump have brought back Weber's hundred-year-old idea to the 21st century with a new perspective. What we can see right now is a global horizon of favor, among the masses of different nations in democratic states, towards a new batch of charismatic leaders who appear to be unconventional, taking risk boldly, and 'politically incorrect'. The recent tide of warnings that Trump is endangering the American democracy is perhaps an echo to Oswald Spengler's prediction in his Decline of the West (1923) that the triumph of democracy during 1800-2000 would be eroded by the emergence of Caesarism in this century.

The current spectrum of 'charismatic' leaders is different from those populist politicians in the post-WWII Latin America such as Juan Peron in Argentina (1946-55) and Joao Goulart in Brazil (1961-64). They relied mainly on economic redistribution to appease the public and garner their votes through the then clientelistic socio-political structure there. By personalizing the policy campaign like Peronismo, Getulismo, Adhemarismo or Gaitanismo, each of them employed his unique tactics for idolization so as to cultivate his own charismatic and autocratic leadership. However, the success was short-lived.

Alexis Tsipras represents a new type of charismatic leaders in democracy -- non-establishment background, not strictly religious (or atheist), and contempt for traditional values. He easily got re-elected as the Greek Prime Minister after sealing a deal with the EU and IMF which was exactly in opposite to the referendum result -- 'no' by 61% to the bailout program. In fact, it was he himself recommended a 'no' to the mass. His inconsistency and betrayal, however, did not do any harm to his popularity. Voters' moody contradiction and irrationality are undeniably two of the yeast ingredients for Tsipras' plebiscitary leadership. Democracy seems like a toy in his hand for manipulation and fun.

In spite of a series of youth protests and dissidence from within his coalition, President Recep Tayyip Erdogan is able to command continuous support from the majority of the Turkish people owing to his firmness on secularism, hard fists for the Kurdish secession movement and vision of Ottomanism. Furthermore, the people's trust in Erdogan's diplomatic skills in bringing home an EU membership remains solid. In the Nov 2015 general election, his AKP regained a parliamentary majority (317 out of 550 seats) which means that his Caesar-type rule since 2003 and control over the press will continue to be unchecked by the democratic legislature.

Rodrigo Duterte, the Philippine President who did not apologize for his rude remark on a rape case, is known as 'Dirty Harry' as well as 'Donald Trump of the Philippines' [Note 2]. Despite harsh criticisms from overseas such as Amnesty International for executing hundreds of criminals and various other human rights concerns, Duterte easily knocked out all the other candidates with a landslide win in the election (16,601,997 vs. first runner-up's 9,978,175). While most analysts are pondering how he may play the balancing game between the United States and China over the South China Sea, the real show is how he may make the best use of his charisma. Here is the way how he is going to govern: "I will be strict. I will be a dictator, no doubt it. But only against forces of evil -- criminality, drugs and corruption in government" [Note 3]. Should he succeed, many other politicians would imitate, and you may then find lots of 'dictators' in democracies worldwide.

More than 90 percent of the Tajikistan population voted in their referendum to allow for a bundle of constitutional amendments of which the most important change is to allow "their authoritarian president to rule indefinitely". Since 1992, President Emomali Rahmon has been ruling this Central Asian country after the demise of the USSR and a civil war. Although he has been criticized time after time by the West for "disregarding religious freedoms, civil norms and political pluralism", he is credited for bringing peace and stability by the mass who is "predominantly Sunni Muslim" [Note 4].

The recent mural portraying a kiss between Trump and the former London mayor Boris Johnson speaks more than a thousand words [Note 5]. Johnson has been well known and applauded for his ordinary folk style when serving as the mayor and by now is the most popular candidate to become the next British prime minister. His latest splendid work was to capture mass attention to his "dog-whistle racism for saying Obama 'part-Kenyan'" during the Brexit debate in April [Note 6] and of course, as usual, his popularity has not been adversely affected. Since the Conservative Party has a solid majority in the House of Commons, this charismatic 'blond bicycling bad boy of London' will have a spacious stage to play his own style of Trumpian tricks if his succession to David Cameron can be realized.

'Plebiscitary leadership' does not work out without an 'irrational mass' and for unknown reasons, the masses worldwide are not just obsessed with the present but also the past charismatic leaders, be they respectful or disgraceful. These nostalgic voters are more than happy to deliver the mandate to the offspring of their 'great' leader. Justin Trudeau (son of Pierre Trudeau PM of Canada 1968-79, 80-84), Park Geun-hye (daughter of Park Chung-hee President of South Korea 1962-79), Aung San Suu Kyi (daughter of Aung San who was the founder of modern Myanmar), Lee Hsien Loong (son of Lee Kuan Yew PM of Singapore 1959-90) are all the incumbent state leaders with real power in hand. The list does not stop here. Keiko Fujimori (daughter of Alberto Fujimori President of Peru 1990-2000) is the leading candidate in the first round election for the next presidency while Ferdinand Marcos Jr (son of F. Marcos President of the Philippines 1965-86) just barely lost the bid for the post of Vice-President (14,155,344 vs the winner's 14,418,817). Also, do not forget that the Japanese cabinet is always an elite club for the descendants of the past ministers, for example, the incumbent PM Shinzo Abe's father Shintaro Abe served as the foreign minister in 1982-86 and the former PM Yasuo Fukuda is the eldest son of Takeo Fukuda (PM 1976-78).

It is still too early to say that the masses would spoil the Caesar-type leaders to the extent that they could deform democracy and weaken the legislative power here and there. However, their "preference for plebiscitarian ('caesarist') solutions" [Note 7] worldwide is unlikely to keep democracy in good health. If the 'charismatic' Trump could win the next presidency and also if the GOP could maintain the majority in both the Senate and the House, such a scenario would definitely pose great challenges to the Enlightenment values of liberal democracy. It is perhaps one of the reasons why Robert Kagan, the icon of Neoconservatism, issues his warning that fascism is coming to town [Note 8].

And finally, do not forget Plato's wisdom in The Republic that when democracy evolves into tyranny, it is the irrational mass, not the charismatic leaders, to blame.

[Note 2]: FPIF, "People are likening the next Philippine President to Donald Trump. Here's why"
http://fpif.org/people-likening-next-philippine-president-donald-trump-heres/

[Note 4]: The Independent, "The country that just voted to allow its president to rule forever"