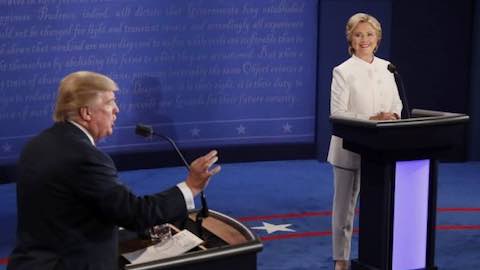 The fourth section of the presidential debate was focused on each candidates' fitness to be president, given controversies surrounding the candidates.

Poll: Did Hillary Clinton's Use of a Private Email Server Change Your Opinion of Her Honesty?

Poll: Donald Trump is Fit to be President

Poll: Hillary Clinton is Fit to be President

Poll: The News Media is Biased Against Trump