Obamacare: Silence of the Insurers 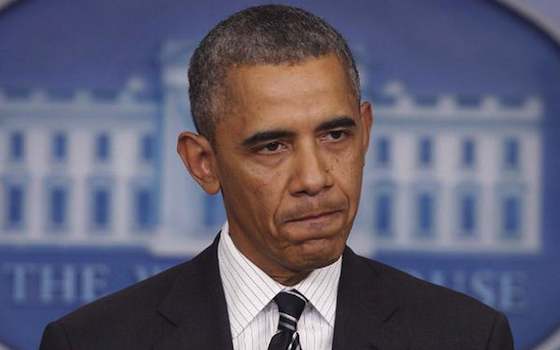 When will the insurers revolt?

It's a question that's popping up more and more. On the surface, the question answers itself. We're talking about pinstriped insurance company executives, not Hells Angels. One doesn't want to paint with too broad a brush, but if you were going to guess which vocations lend themselves least to revolutionary zeal, actuaries rank slightly behind embalmers.

Still, it's hard not to wonder how much more these people are willing to take. Even an obedient dog will bite if you kick it enough. Since Obamacare's passage, the administration has constantly moved the goalposts on the industry. For instance, when the small-business mandate proved problematic in an election year, the administration delayed it, putting its partisan political needs ahead of its own policy and the needs of the industry.

But the insurers kept their eyes on the prize: huge guaranteed profits stemming from the diktat of the health insurance mandate. When asked how he silenced opponents in the health industry during his successful effort to socialize medicine, Aneurin Bevan, creator of the British National Health Service, responded, "I stuffed their mouths with gold."

Hence, the insurers were ready. They rejiggered their industry. They sent out millions of cancellation letters to customers whose plans no longer qualified under the new standards set by the Affordable Care Act. They told their customers to go to the exchanges to get their new plans.

But because President Obama promised Americans "if you like your health care plan, you can keep it," (PolitiFact's "Lie of the Year"), those cancellations became a political problem of Obama's own making.

Then, Health and Human Services Secretary Kathleen Sebelius announced that she was "urging" insurers to ignore both their contracts and the law and simply cover people on the honor system -- as if they were enrolled and paid up. She also wants doctors and hospitals to take patients, regardless of whether they are in a patients' insurance network or even if the patient is properly insured at all. Just go ahead and extend the deadline for paying, she urged insurers; we'll work out the paperwork later.

Of course, urging isn't forcing. But as Avik Roy of notes, the difference is subtle. Also last week, HHS also announced last week that it will consider compliance with its suggestions when determining which plans to allow on the exchanges next year. A request from HHS is like being asked a "favor" by the Godfather; compliance is less than voluntary.

The irony, as Christopher DeMuth recently noted in the Weekly Standard, is that if the architects of Obamacare had their way, the insurers would have been in even worse shape today. The original plan was for a "public option" that would have, over time, undercut the private insurance market to the point where single-payer seemed like the only rational way to go. If it weren't for then-Sen. Joe Lieberman's insistence that the provision be scrapped, DeMuth writes, "Obamacare's troubles would today be leading smoothly to the expansion of direct federal health insurance to pick up millions of canceled policies and undercut rate increases on terms no private firm could match."

In other words, the insurers knew the administration never had their best interests at heart but got in bed with it anyway.

Articulating my sympathy for the insurance companies is difficult without the accompaniment of the world's smallest violin. But, still, I have to wonder, do those running these firms have no backbone whatsoever? I understand that the insurance companies have been consolidating into de facto utilities for decades. But they at least once mustered some passion for defending their status as private enterprises. Sure, they have obligations to shareholders, but their obligations do not end there. Can't one of them resign on principle and speak up? Or are their mouths so stuffed with gold that they couldn't get the words out even if they tried?

Maybe the best way to avoid such problems in the future is to demand that all reality-show casts be made up of professional actors. That way, reality will never disappoint us.

Obamacare: Silence of the Insurers