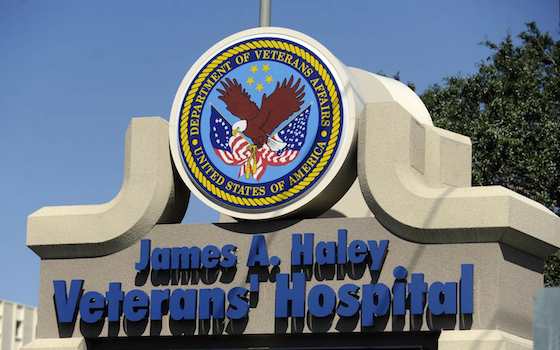 President Obama replayed a familiar scenario when dealing with scandal, in this case delays for treatment, deaths, alleged cover-ups and other acts of malfeasance reported at hospitals in the United States: first express outrage, next announce an investigation and then say he won't comment on the scandal until the results of the investigation are in, promising people will be held "accountable," if they violated the law. Good luck with that.

Meanwhile, critics are using the VA scandal to indict Obamacare. They believe what is occurring at VA hospitals is a preview of coming destruction should the U.S. government move beyond meddling in health insurance into a full-scale takeover of the entire health care system.

These critics need only look across the Atlantic at the United Kingdom's crumbling National Health Service (NHS) as a glaring example of the dysfunction that results when government runs health care. For years, as is the case with VA hospitals, NHS horror stories have abounded, reported dutifully by the British press. These include neglect of elderly patients, long waiting times (like the VA) to see a doctor and longer waits for necessary surgery, which the government in some cases denies based on cost, age of patient and unusually high numbers of deaths at some hospitals.

The VA could learn from what occurred at Hinchingbrooke hospital in Cambridgeshire, England. As reported by the Daily Mail, as recently as two years ago, Hinchingbrooke had a deficit of a year; it ranked 102nd in the country in admission waiting time; charged to park, with fines for overstaying, and in what sounds like the punch line to a joke, took one week to change a light bulb.

The hospital is due to break even. A surplus is expected next year. Hinchingbrooke has zoomed up in ranking to number 20 in the country in waiting time. Parking now costs with fines scrapped. Minor maintenance problems are dealt with in one day.

How was Hinchingbrooke, an NHS hospital, miraculously transformed? It was turned over to a private firm. Once described as a "basket case," the hospital is now ranked number one in patient satisfaction.

A key to its healing, reports The Daily Mail, was "loosening the grip of managers and accountants." A majority of board members, once bean counters and bureaucrats, are now clinicians. "Doctors, nurses and admin(istrative) staff have also been put into small groups which have representatives who meet senior managers twice a month" to discuss problems. Patients are promised any complaints will be resolved within three weeks.

The Hinchingbrooke example should teach the VA something about privatization and what can happen when government tries to run a nation's entire health care system. Veterans who face long waits, or suffer from life-threatening conditions, should receive vouchers so they can be treated at private hospitals. Since, according to the , President Obama only "learned about" the VA scandal from TV news reports (though he spoke about them during the 2008 presidential campaign and was critical of President Bush for not fixing them), must take the lead in offering treatment alternatives to veterans. Again, lack of money isn't the problem. Bureaucracy and incompetence are the problems.

Reforming VA hospitals should be a 2016 campaign theme all presidential candidates must address and they must then offer specific solutions. A quasi-government-private approach might work. It couldn't be worse than the current system.

The phrase uttered by President Abraham Lincoln, which is the motto of the , must always be uppermost in our minds: "To care for him who shall have borne the battle and for his widow, and his orphan."

Sadly, that goal is not being met. It must be.

We owe veterans (and those we memorialize next Monday) our freedom. Perhaps what happened at can guide the VA and veterans to a better future.