Most Conservative Members of Congress 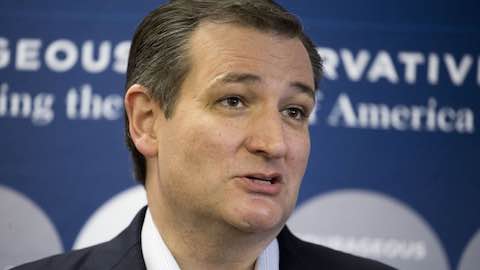 Most Conservative Members of Congress

Hyper-partisan politics fuels the modern gridlock in Washington. Kentucky Sen. Mitch McConnell characterizes this as he aptly states, "In short, there will not be action taken," in reference to the recent Supreme Court nomination battle between the Republican-dominated Congress and President Barack Obama. Although the Executive is controlled by a Democrat, the GOP holds a majority in both the House and Senate. The system of checks and balances becomes a partisan weapon. However, Republicans lack unanimous consensus on issues as they express varying flavors of conservatism.

As shown by the prominence of anti-establishment candidates in the 2016 presidential election, the modern Republican Party contains a spectrum of ideologies. Although contemporary Republican policies do not always cater to the extreme right, some members of Congress are notorious for holding to strictly conservative views. The examination of these elected representatives and their recent legislation provides a better understanding of conservative politics.

Note: For the sake of simplicity, we round the "Ideology Score" to two significant figures, which results in ties. Govtrack calculates the score to nine significant figures. The majority of these ties do not exist in the unrounded list. If a true tie occurs, it is noted on the slide. If a member of Congress introduced fewer than 10 bills, they are not included in the calculation due to insufficient data.

Rep. Lynn Jenkins sponsored H. Res. 537 in November 2015, which said the House views that the transfer of individuals detained at the Guantanamo detainee center to the United States is prohibited under federal law.

Rep. Trent Franks from Arizona voted for the American Security Against Foreign Enemies (SAFE) Act, which proposed an expansion of background checks on refugees hoping to come to the U.S. It failed to pass cloture in the Senate.

Rep. Mike Kelly co-sponsored the Keystone XL Pipeline Act, a bill authorizing the construction of the oil pipeline. Environmentalists oppose plans for the 1,179 mile-long pipeline, which would run from Canada to Texas.

Sen. Tom Cotton from Arkansas sponsored the Liberty Through Strength Act, which would have expanded surveillance and redefined terrorists as agents of foreign powers. It is currently in a congressional committee. This first-term senator sparked controversy with his comments on faith during the 2014 midterm elections.

New Mexico Rep. Stevan "Steve" Pearce introduced the Protecting Americans Fighting Terrorism Act in 2007, which would have protected individuals who report suspicious behavior to the appropriate law enforcement agencies. It died in the 110th Congress.

Rep. Austin Scott from Georgia sponsored the Protecting American Jobs Act, which would have reduced the authority of the National Labor Relations Board (NLRB). He stated that this bill would protect jobs because the "uncertainty created by the biased and volatile nature of the NLRB's judicial decisions is hurting America's ability to compete globally."

Indiana Rep. Luke Messer sponsored the Balanced Budget Accountability Act, which would have reduced the annual pay of members of Congress in the event of failing to pass a balanced budget. It has been sitting in a congressional committee since Feb. 12, 2015.

Sen. Ted Cruz, a 2016 Republican presidential candidate, sponsored the ObamaCare Repeal Act in February 2015. One of Cruz's campaign promises is to "repeal every word of Obamacare" when he is elected president.

Utah Sen. Mike Lee introduced the Uniting and Strengthening America by Fulfilling Rights and Ensuring Effective Discipline Over Monitoring Act of 2015, also known as the USA FREEDOM Act. This bill, which is now law, defined the legal checks for intelligence collection and put limits on the bulk collection of metadata.

Sen. Michael Enzi from Wyoming co-sponsored the Iran Nuclear Agreement Review Act of 2015, which gave Congress the ability to review any agreements made with Iran regarding its nuclear program. A similar bill was later signed into law by President Obama.

Sen. David Perdue from Georgia introduced the Improving Department of State Oversight Act of 2015, which aimed to cut spending within the State Department.

Rep. Glenn Grothman from Wisconsin introduced the Preventing Illegal Immigrants From Abusing Tax Welfare Act in 2015. It hoped to limit eligibility for tax credits, like the earned income tax credit and the child tax credit, to citizens and lawful permanent residents.

Sen. Michael Crapo from Idaho introduced the Local Leadership in Education Act of 2015, which intended to limit the federal government's power to allocate funding to states based on the adoption of specific academic standards.

Sen. John Barrasso, the junior senator from Wyoming, introduced the Natural Gas Gathering Enhancement Act, which intended to expedite the approval process for permits for natural gas pipelines on federal and Indian land.

Rep. Kevin Cramer from North Dakota co-sponsored the Death Tax Repeal in April 2015. This repeal of the estate tax would benefit, as Cramer notes, those that "lack the cash liquidity to pay the high estate taxes after a loved one passes away."

Tennessee Rep. David "Phil" Roe voted for the Regulations from the Executive in Need of Scrutiny Act of 2015, referred to as the REINS Act. It intended to limit the power of the executive branch with additional congressional oversight. It passed the House and awaits Senate consideration.

Rep. Jeff Duncan from South Carolina co-sponsored the Equitable Access to Care and Health (EACH) Act, which added another religious exemption to the individual health coverage mandate in Obamacare. It would remove the health insurance requirement for individuals that "rely solely on a religious method of healing."

Rep. Blake Farenthold from Texas introduced the Innocent Sellers Fairness Act, which would protect sellers from product liability lawsuits. The bill was referred to a congressional committee in March 2015.

Arizona Rep. Paul Gosar co-sponsored the Save American Workers Act of 2015, an Obama-care related bill, which seeks to redefine the classification for a full-time employee with a 40-hour weekly threshold. This bill passed the House and is awaiting Senate consideration.

Sen. Pat Roberts, the senior senator from Kansas, introduced the Federal Employee Tax Accountability Act of 2015, a bill that would disqualify individuals with large tax debts from federal employment. It was referred to congressional committee in January 2015.

Rep. Pete Sessions from Texas co-sponsored the Unfunded Mandates Information and Transparency Act of 2015, which proposes safeguards against federal regulations. The bill passed the House in February 2015 and is awaiting Senate consideration.

Texas Rep. Brian Babin introduced the Resettlement Accountability National Security Act of 2015, which intended to stop refugees from coming into the U.S. in order to evaluate the potential costs. Babin noted how the legislation "also gives us an opportunity to examine potential national security issues related to entry and resettlement, particularly as federal law enforcement officials are increasingly concerned about home-grown terrorists." The bill was assigned to a congressional committee in July 2015.

Oklahoma Sen. James "Jim" Inhofe ranked as the most conservative senator, according to GovTrack's data. He introduced the Protecting Adoption and Promoting Responsible Fatherhood Act of 2015, which hoped to promote permanent families and provide securities for unwed mothers. The bill also suggested the creation of a National Responsible Father Registry, which would provide "a mechanism to determine whether there are any possible fathers who may have an interest in participating in the placement decisions of the child." The bill was introduced in June 2015 and has yet to be reported by a congressional committee.

Rep. Olson and Sen. Inhofe are tied as the most conservative with both having an "Ideology Score" of 1.

Texas Rep. Pete Olson is the most conservative member of the House, according to data from GovTrack. He introduced the Taxpayer Conscience Protection Act of 2015, anti-abortion legislation that would have required states to report on how Medicaid funds are spent on abortion providers.

Rep. Olson and Sen. Inhofe are tied as the most conservative with both having an "Ideology Score" of 1.

"Most Conservative Members of Congress"