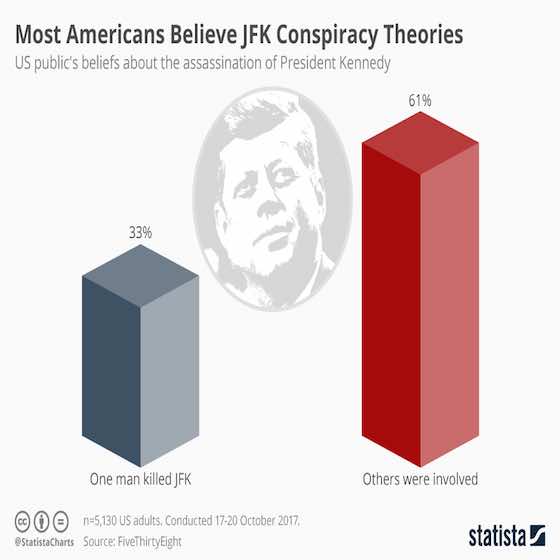 This chart shows the US public's beliefs about the assassination of President John F. Kennedy.

Conspiracy theories about President John F. Kennedy's assassination continue to circulate and few events in modern history have left the public with so many unanswered questions.

The official version is that Lee Harvey Oswald killed the president with a high-powered rifle from the sixth floor of the Texas School Book Depository.

Many people have unofficial theories of their own, ranging from a second shooter on the grassy knoll to the CIA and Fidel Castro's involvement. In fact, 61 percent of Americans believe JFK was not killed by Oswald alone and that others were involved, according to a survey carried out by website FiveThirtyEight. Only 33 percent of people think Oswald acted alone.