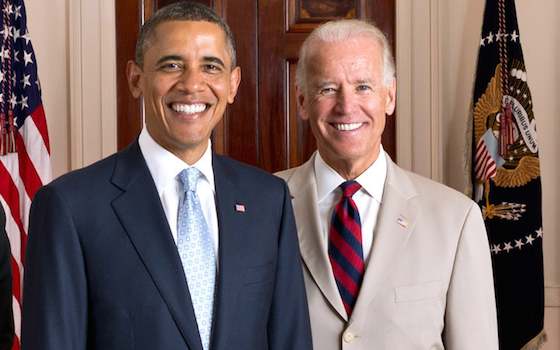 Every two-term president since the 22nd Amendment was ratified in 1951 has faced being a lame-duck upon his re-election. Barack Obama clearly is no exception. With approximately 28 months left in his presidency, the clock is running out as he seeks to achieve a favorable legacy.

Unless Obama's party defies the odds and retains control of the and recaptures the House in the November elections, the outlook seems dim to reverse the Republican obstructionism that has hobbled most of his tenure. Hence the Democrats' concerted drive to boost midterm voter turnout, especially among the women and minority voters who have historically been in their corner.

Obama has had some notable successes in winding down the American involvements in the wars in Iraq and Afghanistan, and in enacting his signature health-care insurance law. Nonetheless, his presidency has been preoccupied with digging out of the economic and in foreign policy disasters he inherited from his predecessor, George W. Bush.

Awaiting him on the on the doorstep when he took office in 2009 were the wars in Afghanistan and Iraq, the former a war of necessity and the latter an avoidable war of choice, as well as the Great Recession of 2008, which resulted from a largely unshackled Wall Street run rampant. From the outset, the new president was obliged to take emergency actions, at home through controversial economic stimulus and abroad through costly and diversionary responses.

He suffered sharp losses in the 2010 congressional elections, which stiffened and deepened the pushback to his legislative initiatives. His campaign narrative -- that the opposition party had driven the country into a ditch and was now refusing to help dig it out -- found little resonance among voters.

With the exception of the Affordable Care Act, which the president's adversaries reduced to the epithet "Obamacare," he had little opportunity or chance to focus on his 2008 campaign promise to "change the way Washington works," and partisan stalemate continued unabated.

Thanks to the Republicans' intraparty divisiveness in and the hapless presidential campaign of Mitt Romney, who came across as indifferent to needs of the poor and middle class, Obama managed to gain a second term but with it the inevitable the lame-duck status.

Thus he continues to fight, as he has from the start of his presidency, from a defensive crouch. At home, he has been severely limited in his ability to press for the agenda on which he campaigned in 2008, as the new liberal hope of his party.

Abroad as well, Obama has navigated gingerly through the shoals of military and diplomatic engagement, pointedly attempting to reset American foreign policy on a more cautious path of collective response through Western and alliances.

That more deliberate course has animated his conservative critics outside and within his party, who have accused him of weakness, most recently for his pointed observation that there is no military solution to the current crisis in Ukraine. But public polls indicate the American people have no stomach for yet more military involvement there or elsewhere abroad.

Through all this, Obama has argued that the United States needs to get off the "perpetual wartime footing" that dates back to the congressional use of force authorization following the 9/11 attacks. Instead, he has maintained, the government needs to focus more on pressing domestic needs.

He probably never anticipated that conducting wars would remain a centerpiece of his first term, having promised to end them and to create a level economic and social playing field at home.

The constitutionally lame-duck presidents that came before him -- Eisenhower, Nixon, Reagan, Clinton and George W. Bush -- all left office with unfinished agendas. But none was deterred more than Obama is now by still having to clean up the messes he faced on entering the presidency.