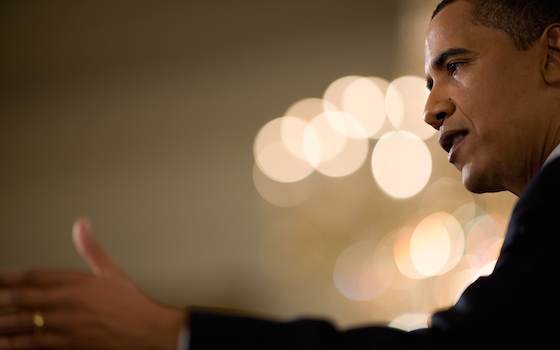 Transparency and truth are the fuels that run sophisticated civilizations. Without them, the state grinds to a halt. Lack of trust -- not barbarians on the frontier, global warming or cooling, or even epidemics -- doomed civilizations of the past, from imperial Rome to the former Soviet Union.

The United States can withstand the untruth of a particular presidential administration if the permanent government itself is honest. Dwight Eisenhower lied about the downed U-2 spy plane inside the Soviet Union. Almost nothing Richard Nixon said about Watergate was true. Intelligence reports of vast stockpiles of WMD in Iraq proved as accurate as Bill Clinton's assertion that he never had sexual relations with Monica Lewinsky.

Presidents fib. The nation gets outraged. The independent media digs out the truth. And so the system of trust repairs itself.

What distinguishes democracies from tinhorn dictatorships and totalitarian monstrosities are our permanent meritocratic government bureaus that remain nonpartisan and honestly report the truth.

The Benghazi, and scandals are scary, but not as disturbing as growing doubts about the honesty of permanent government itself.

It is no longer crackpot to doubt the once impeccable and nonpartisan . When it assured the public that it was not making decisions about tax-exempt status based on politics, it lied. One of its top commissioners, Lois Lerner, resigned and invoked the Fifth Amendment.

A system of voluntary tax reporting rests on trust. If the itself is untruthful, will it be able to expect truthful compliance from taxpayers?

Many doubt the officially reported government unemployment rates. That statistic is vital in assessing economic growth and is of enormous political importance in the way citizens vote.

It was reported in November that the may have fabricated survey results during the 2012 presidential campaign, sending false data to the that could have altered official employment statistics.

In the 1990s, the method of assessing the official unemployment rate was massaged to make it seem lower than it actually was. Rules were changed to ignore millions who had been out of work longer than 52 weeks. They were suddenly classified as permanent dropouts and not part of the idled workforce.

Does the government release an accurate report on quarterly Gross Domestic Product growth -- another vital barometer of how the economy is doing? Maybe not. Last year, the for the first time factored research and development costs of businesses into statistics on investment growth.

Suddenly, a cost became proof of business output and thus was added into the business investment contribution to GDP. That new accounting gimmick may have added hundreds of billions of dollars into the equation of figuring GDP growth last year alone. Not surprisingly, the government reported unexpectedly high 2.8 percent GDP growth after the changes.

Is inflation really as low as the government insists? In recent times the government has not just counted the increase in the prices of goods, but also factored into its calculus theories about changing consumer buying habits when prices increase. The changes have resulted in officially lowered inflation rates.

No one knows how many Americans have now bought and paid for Affordable Care Act health insurance policies. There is no accurate information about how many young people have enrolled -- critical to the success of Obamacare. Nor do Americans know how many enrollees were previously uninsured. Nor does the public know how many enrollees simply switched insurance from to the Affordable Care Act. There is no information about how many actually have paid their premiums.

No one knows how many foreign citizens who entered the U.S. illegally were apprehended inside the United States and returned to their country of origin last year -- a figure vital for any compromise on passing comprehensive immigration reform.

The Obama administration claims near-record numbers of deportations. In fact, once again government agencies -- in this case the (ICE) -- have mysteriously changed the way they compile statistics. The ICE now counts as deportations those foreign nationals whom the immediately stops or turns away at the border. Such detentions were not previously counted as deportations.

The result is that bureaucrats can report near-record numbers of deportations, while privately assuring the administration that immigration enforcement has been greatly relaxed.

There is a pattern here. Changes in data collection seem to have a predictable result: Inflation and unemployment rates become lower. Economic growth becomes greater. The focuses on government skeptics. The Affordable Care Act is not in trouble. Illegal immigration is not such a problem.

If the people increasingly believe that bureaucrats try to alter realty to reflect preconceived ideologies or the goals of the particular regime in power, then America as we know it is finished.