Is GOP Waging 'War' Against Poverty or Against the Poor? 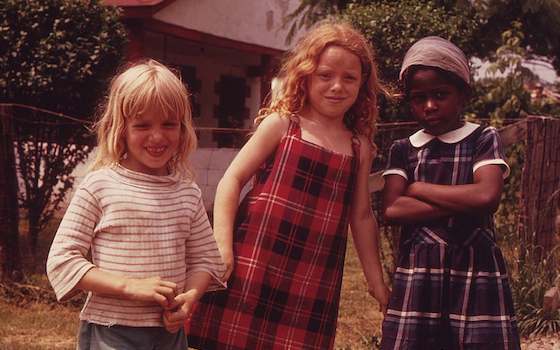 Rand, West Virginia - Much of its population lives in poverty

Surprise. Some of the ideas that Republican presidential hopefuls offer for a conservative "war on poverty" aren't bad, although too many of the rest sound like a war on the poor.

The good news is that the recent 50th anniversary of President Lyndon B. Johnson's declaration of a "war on poverty" has encouraged both parties and President Barack Obama to revisit the P-word -- not just the less politically volatile "economic inequality."

Democrats have little reason to be satisfied with Johnson's war, either. But without a vigorous competition from Republicans on the battleground of ideas, even bad programs limp along forever.

By that standard Republican Sen. Marco Rubio of Florida offered some ideas worth further debate in his antipoverty speech on the Jan. 8 anniversary of LBJ's declaration.

For example, he would lift the marriage penalties from safety net programs like . These are penalties that, in effect, discourage marriage by counting a couple's combined income as if it were a single person's income. The lost revenue would be considerable, but lawmakers shouldn't hide from the issue.

He also offered some promising examples of states that tie benefits for the long-term unemployed to requirements that they take courses to upgrade their skills.

But the main thrust of his agenda was a troubling revival of President Ronald Reagan's "new federalism." Rubio would merge almost all of federal antipoverty funds into a single "revenue-neutral " of block grants to be given to the states.

Rep. Paul Ryan of Wisconsin struck a similarly hopeful note last year in a speech about how his Catholic teachings informed his faith in "the principle of subsidiarity, which is really federalism, meaning government closest to the people governs best."

"Big government" he said, should not crowd out "a civil society" where "we advance the common good" through churches, charities and civic organizations "so that we can interact with each other, and take care of people who are down and out in our communities."

Sen. Rand Paul of Kentucky also has called for more civic engagement outside government. He sounded hopeful last week that his idea for economic "freedom zones" to encourage jobs and businesses with tax breaks might be merged with President Obama's five newly designated economic "promise zones" to promote social mobility in deprived cities and rural areas.

Even Sen. Ted Cruz of Texas managed to tie an anti-poverty theme to his relentless calls for the repeal of the Affordable Care Act, also known as Obamacare: "All of America needs to be a real 'Promise Zone,' " he said, with reduced barriers to small businesses creating private-sector jobs -- "and we should start by repealing every word of Obamacare, building the Keystone pipeline, abolishing the and rolling back abusive regulations."

Which brings me to what's troubling about the idea of giving antipoverty funds to the states to do as they please. Unfortunately, some aren't going to do much, if anything.

Nobody knew this better than Johnson, a formerly segregationist Texas Democrat. Opposition from Southern lawmakers to his Economic Opportunity Act, a centerpiece of his War on Poverty, was almost as fierce as it was to his 1964 Civil Rights Act. To get around Southern governors who wanted the right to veto grants, Johnson's administration sent the money directly to local agencies and communities.

Those days are in the past, you might think. The list of states that have refused to expand under the Affordable Care Act includes all those states of the old South, if you include Arkansas, which is doing a partial expansion.

Among them are states with the nation's highest numbers of uninsured. Yet, even though the federal government is picking up 90 to 100 percent of the cost, Republican lawmakers led the protests, at the expense of their uninsured and, in the long run, their taxpayers.

As one who is delighted to see Republicans compete for the votes of women, minorities and other persuadable groups in the marketplace of ideas, I applaud efforts to bring forth market-driven conservative alternatives to compete with government-oriented Democratic programs. But we should all be skeptical of antipoverty efforts that only help lawmakers to ignore the poor.

Is GOP Waging 'War' Against Poverty or Against the Poor?