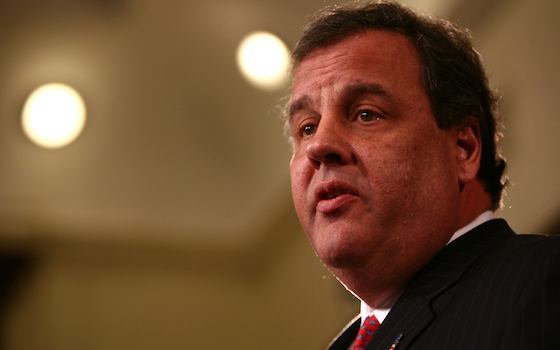 Not since Richard Nixon assured an audience of newspaper editors in 1973 that "I am not a crook" has a major political figure so conspicuously defended his character as New Jersey Gov. Chris Christie has done in declaring, "I am not a bully."

The governor's remark in a mea culpa news conference in Trenton came in the context of the brouhaha over the closing of George Washington Bridge traffic lanes into the town of Fort Lee on the Jersey side. It was ordered by Christie aides as a vengeful act against the town's Democratic mayor, who had not supported the governor's re-election campaign last year. Christie said he knew nothing about it and had been betrayed by staff members.

Forty years earlier, Nixon made his claim of non-criminality in the course of the Watergate affair, the investigation of which disproved his contention and led to his resignation in disgrace. Both Watergate and Christie's scandal seemed to support general public impressions of alleged character flaws in the men involved.

Nixon's early reputation as "Tricky Dick" was based on his sleazy character assassination of political foes. It haunted him throughout his long career and conditioned many of his prominent political aides to act in ways they thought or knew he would approve. The tapes are rife with conspiratorial schemes cooked up with confidantes Bob Haldeman and John Ehrlichman.

In a sense, Christie's notorious tough-guy manhandling of political critics had already stamped him in the public eye as a classic bully-boy. It even won him considerable approval from his state's voters as a take-no-prisoners straight talker. If aides then took contemptible actions against a real or perceived political foe, didn't they have reason to think they were just emulating their hard-knuckle boss?

Christie, however, may have a mean streak in him, but as a politician he has never been considered stupid. At one point in his news conference he said the ludicrous fiasco "makes me ask ... what did I do wrong to have these folks think it was OK to lie to me?" -- as if their misplaced loyalty to him was the issue at hand.

Unfortunately for Christie, the narrative of a scheme cooked up by aides to rap the knuckles of a small-town mayor by punishing thousands of innocent commuters does correspond with the governor's image as an outside-the-box free-wheeler. More significant, politically, it challenges his hard-won reputation as the man in charge.

Christie had established that reputation in his state and had reinforced it in his hands-on response to the Hurricane Sandy devastation of the Jersey shore in 2012. Furthermore, his nonpartisan embrace of President Obama's own response to that crisis brought Christie additional credibility, much to the chagrin of Republican presidential nominee Mitt Romney, endorsed by Christie.

The governor emerged from that episode as a star in his party looking to the 2016 presidential election. A major detriment seemed then to be his conspicuous weight problem. But that concern seemed to be diminishing, and then this latest ignominious caper cropped up. As for Christie's political future on the national stage, much depends on how he comports himself in the months ahead, and whether any further disclosures bring him much closer to the mess already created by his aides.

Some of Christie's political success to date can be attributed to his personal affinity with the widely perceived character of New Jersey itself. It is a rough-hewn neighbor of the sophisticated Greater New York and is known more for brashness than for polish, and is often associated with organized crime as vividly pictured by "The Sopranos" of television acclaim.

But what plays well in blue-collar Jersey City, Hoboken and Secaucus may not play well in Savannah, Topeka and Pueblo and other locales of rock-ribbed conservative Republicanism. Chris Christie was no sure bet to navigate the state presidential primaries around the country even before the induced traffic jam on the George Washington Bridge. In 2016, there would be other challenging bridges to cross on the road to the .