How Much Blame Should Hillary Clinton Bear for Libya? 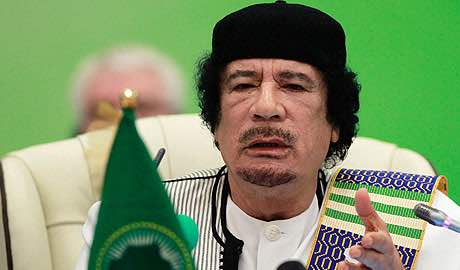 How Much Blame Should Hillary Clinton Bear for Libya?

The public is sick of Benghazi, but Hillary Clinton may be culpable for Libya's implosion.

The biggest blot on Hillary Clinton's record as secretary of state -- Libya -- may have been a symptom of her stubbornness.

Can any credence given to a national security policy advisor to Donald Trump when it comes to Hillary Clinton's foreign policy? Unlikely, we reflexively respond -- at the least, we are sick of hearing about Benghazi. But what if he's a retired navy rear admiral? And what if he was personally involved in negotiations for the abdication of Muammar Gaddafy? Before we hear out Charles R. Kubic at National Interest, here's a synopsis at Counterpunch from Diana Johnstone.

As Secretary of State, [Ms. Clinton] blocked diplomacy that would have prevented or ended conflict, most notoriously concerning Libya, where even senior U.S. military officers were told to cut off their contacts with Gaddafi agents seeking a peaceful compromise.

For his part, Kubic writes:

Furthermore, "Qaddafi was no longer a threat to the United States." Yet, Ms. Clinton "strongly advocated and succeeded in convincing the administration to support the Libyan rebels with a no-fly zone, intended to prevent a possible humanitarian disaster that turned quickly into all-out war." Even though, within "weeks of the revolution there were two valid cease-fire opportunities, one presented to the Department of Defense and Joint Chiefs of Staff (JCS), and a second opportunity presented to U.S. Africa Command for direct military commander negotiations to effect Gaddafi's abdication, in which I was personally involved. Both opportunities were rejected and shut down by Secretary Clinton [who] had already met with rebel leaders in Paris ... and had committed to support their revolution."

Ms. Clinton's policy "resulted in the arming of terrorists, months of war and tens of thousands of causalities, the murder of the American ambassador and the deaths of three other brave Americans, continued civil war and the collapse of the Libyan economy, and a failed nation-state contributing to a tragic European migrant crisis."

I know Ms. Clinton sailed through the House Select Committee on Benghazi hearings last November. Perhaps those more knowledgeable than me can weigh in on Ms. Clinton's culpability for Libya's implosion.

Politics: "How Much Blame Should Hillary Clinton Bear for Libya?"