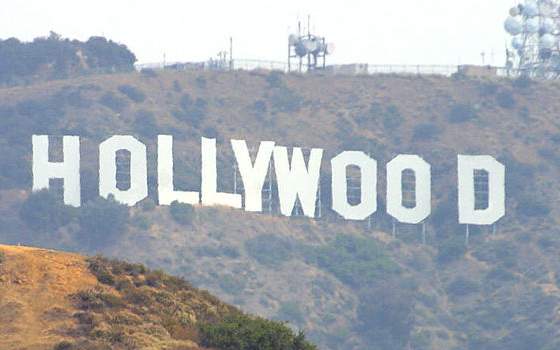 The legendary media tycoon William Randolph Hearst believed America needed a strongman and that Franklin D. Roosevelt would fit the bill. He ordered his newspapers to support FDR and the New Deal. At his direction, Hearst's political allies rallied around Roosevelt at the Democratic convention, which some believe sealed the deal for Roosevelt's nomination.

But all that wasn't enough. Hearst also believed the voters had to be made to see what could be gained from a president with a free hand. So he financed the film "Gabriel Over the ," starring Walter Huston. The film depicts an FDR look-alike president who, after a coma-inducing car accident, is transformed from a passive Warren Harding type into a hands-on dictator. The reborn commander in chief suspends the Constitution, violently wipes out corruption and revives the economy through a national socialist agenda. When tries to impeach him, he dissolves .

summarizes the film nicely. "The good news: He reduces unemployment, lifts the country out of the Depression, battles gangsters and and brings about world peace. The bad news: He's Mussolini."

Hearst wanted to make sure the script got it right, so he sent it to what today might be called a script doctor, namely Roosevelt. FDR loved it, but he did have some changes, which Hearst eagerly accepted. A month into his first term, FDR sent Hearst a thank-you note. "I want to send you this line to tell you how pleased I am with the changes you made in 'Gabriel Over the ,'" Roosevelt wrote. "I think it is an intensely interesting picture and should do much to help."

I bring up this tale to note that Hollywood has never been opposed to propaganda. When Hollywood's self-declared auteurs and artistes denounce propaganda as the enemy of art, almost invariably what they really mean is "propaganda we don't like."

Consider the film "Lone Survivor," which tells the true story of heroic Navy SEALs in Afghanistan. The film has been denounced by some critics; a "jingoistic, pornographic work of war propaganda," in the words of one reviewer. Richard Corliss of Time chimed in: "That these events actually happened doesn't necessarily make it plausible or powerful in a movie, or keep it from seeming like convenient propaganda." Similar complaints (from non-conservatives, at least) about antiwar films made during the George W. Bush years are much harder to find.

Similarly, if Demi Moore proclaimed, "I pledge to be a servant to our president," at the dawn of the Bush presidency, it would have created a career-ending firestorm.

When it was owned by GE -- a company with billions of dollars invested in subsidy-dependent alternative energy technologies -- began its "Green Week," seven days of sitcoms, sports shows and even news programs doing their part for the cause. There was nary a word of protest from TV critics or supposedly independent writers and producers about the corruption of art. I wonder, if Fox announced a "pro-life week," whether the same crowd would yawn as conspicuously.

In the book, "Primetime Propaganda," author Ben Shapiro quotes many TV producers boasting about blacklisting conservative actors and shilling for liberal issues. As Shapiro notes, perhaps no figure was more upfront -- or successful -- at yoking art to political proselytizing than Norman Lear, the creator of "All in the Family," "The Jeffersons" and other shows.

Which is fitting. Last fall, the California Endowment, which is spending millions to promote the Affordable Care Act, gave to the Norman Lear Center at to work on ways to get Hollywood to do its part. In February, the center will cosponsor with the an event in New York titled "The Affordable Care Act: Comedy, Drama & Reality," about portraying Obamacare in TV and film. The Obama administration, naturally, will be sending an emissary to help.

It's doubtful this will have any significant effect. The rollout has made its impression, and the changes wrought by Obamacare in the individual lives of millions of Americans won't be erased by a very special episode of "The Big Bang Theory." But it's a useful reminder that Hollywood is always eager to lend its services -- for the right president.