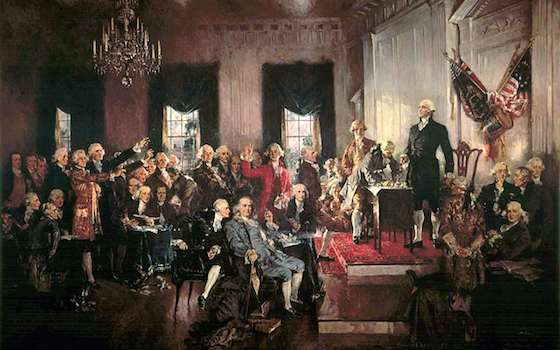 The Fiscal Times reported last week that the has missing files or incomplete files for more than in contracts. Steve Linick, State's inspector general, issued a "management alert" warning that "significant financial risk and a lack of internal control at the department has led to billions of unaccounted for dollars over the last six years."

"For instance," writes the FT, "a recent investigation of the closeout process for contracts supporting the mission in Iraq, showed that auditors couldn't find 33 of the 115 contract files totaling about . Of the remaining 82 files, auditors said 48 contained insufficient documents required by federal law."

spokeswoman Marie Harf says the isn't missing, but that State is merely experiencing "bureaucratic issues," which it's addressing.

The lack of internal control is an apt description for what is wrong with the federal government, which seems incapable of controlling its spending.

Oh, how far we've come from the days of our grandparents, who lived through the Great Depression and World War II. Then, slogans like "waste not, want not" and "use it up, wear it out, make it do or do without" were necessities not just for winning a war, but surviving as a family.

Then, children were told to clean their plates because somewhere in the world people were starving. The Puritan ethic reminded people to always live within their means. Envy, greed and entitlement were regarded as "sins."

I recall an address given by the late Catholic Bishop Fulton J. Sheen. He asked, "How do you define a football field?" His answer? "By its boundaries." Sheen's point was that when boundaries are crossed, trouble ensues.

The Founders gave us a Constitution with boundaries that restrict the power and reach of government. We have exceeded those boundaries, which is why government no longer works and we have massive debt.

To return government to its constitutional boundaries we need a new . Established in 1982 by President Reagan and headed by businessman J. Peter Grace, the conducted an audit of the federal government with the goal of eliminating waste, fraud and abuse. Its voluminous report was presented to , which promptly shelved it. In Washington, if you haven't noticed, money is power.

What's needed now is a new version of the that resembles the (BRAC), tasked with closing outmoded military bases. gave BRAC the power to close the bases and BRAC gave cover so if anyone complained about lost jobs or negative economic effects in their districts, the commission could be blamed.

Most businesses conduct audits or internal reviews to make sure they are operating efficiently. Not the federal government.

Republicans, who have occasionally proposed fiscal restraint, should promise an audit of the federal government if voters return them to a majority in November and the in 2016. It will be difficult, but it must be done or the future of increasing debt and lack of personal responsibility will cripple the country, perhaps beyond healing.

Focusing on "what works," and getting rid of what doesn't is the way back from the fiscal brink.

We had better start soon, though, because spending like there's no tomorrow will ensure there isn't one for the country bequeathed to us.