Do First Ladies Influence the Popularity of Baby Names? 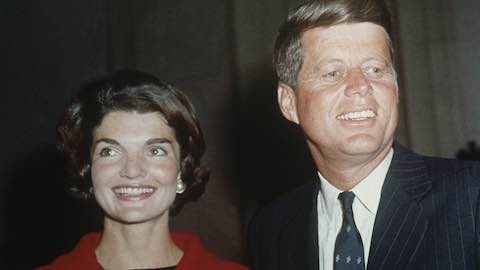 Do First Ladies Influence the Popularity of Baby Names?

On the cover of a tabloid or briefly captured on the news, the first ladies of the United States attract a certain level of media fascination. The markers of first ladies' legacies vary, ranging from the lasting humanitarian efforts of Eleanor Roosevelt to the cultural phenomenon that was Jacqueline Lee Kennedy.

While each presidential wife to occupy the White House leverages her influence toward the causes of her choosing, the team at MooseRoots used data from the U.S. Social Security Administration to identify one interesting -- and unintentional -- aftereffect of their tenure: a general decline in the popularity of their first names. A trend that becoming first lady had little effect on.

By using the popularity of a first lady's name the year she entered the White House as the base year, the MooseRoots team was able to compare the frequency of babies given the name in the 10 years preceding and following her arrival at 1600 Pennsylvania Avenue.

Although she's better known for her nickname Lady Bird, the name Claudia was nearly 200 percent more popular 10 years before President Lyndon B. Johnson assumed the office in 1963. The name Hillary experienced the most dramatic rise and fall in popularity in the two-year window surrounding President Bill Clinton's inauguration in 1992. The name was given 133 percent more often in 1991 and fell by 61 percentage points in 1993.

To be fair, these instances appear to be on the more extreme end of the spectrum. To gain a more holistic picture of the trend, we combined the popularity data for the last 15 first ladies' names.

Ten years before calling the White House home, first ladies' names were 57 percent more popular than upon their arrival. While the average drop in popularity is steepest several years before candidacies are declared and first wives receive country-wide notoriety, the downward trend continues over time.

On average, the names of first ladies dropped 29 percentage points in frequency 10 years after their arrival at the White House.

Although this is the norm, some first ladies' names were more resilient over time. Claudia, for example, was given to baby girls 195 percent more often 10 years before her arrival at the White House and 105 percent more often 10 years after when compared to her first year as a first lady. The frequency wasn't as high, but it bounced up more than all other names analyzed. Meanwhile, Anna Eleanor Roosevelt, Barbara Bush, Elizabeth Ann Warren "Betty" Ford, Laura Bush and Hillary Clinton all experienced bigger drops in long-term popularity than the average.

When segmenting the first ladies by party affiliation, we see a slightly different story for Republicans versus Democrats. The names of Republicans started off higher but ended up being less popular in the long run. The opposite occurred for first ladies of the Democratic party.

Against expectations, the notoriety of first ladies doesn't positively influence the popularity of their names. Perhaps changing tastes is the predominant factor at play. The prestige of a first lady doesn't seem to change the path of a name that's deemed out of vogue, no matter how popular she and her husband are among Americans.

Politics: "Do First Ladies Influence the Popularity of Baby Names?"