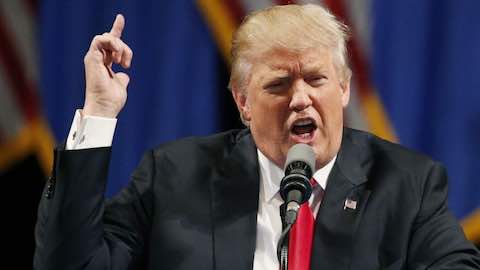 Donald Trump has about $1.3 million cash on hand, according to the latest campaign finance data. This could spell trouble for the GOP nominee

Just a few days after a string of not great headlines, Donald Trump got another batch of bad news. The presumptive Republican nominee had an abysmal month of fundraising in May, bringing in about $5.6 million, according to the latest reports from the Federal Election Commission.

As the data shows, Trump's slower month of fundraising didn't mean he pumped the brakes on his spending habits. Trump's campaign spent a little more than $6.7 million in May, leaving his cash on hand at a paltry $1,289,508.

That puts Trump's overall burn rate -- the amount of campaign money spent divided by money raised -- at 98 percent, the highest of the remaining presidential hopefuls.

Those are dismal numbers, but it's especially bad considering May effectively marked the beginning of Trump's general election campaign. In theory, Republican donors should have started to fall in line behind their candidate once Trump secured the nomination, giving him a boost in contributions. For a point of reference, Trump's May numbers represent his lowest fundraising haul since September 2015. That month, he raised about $3.9 million.

Trump continues to loan his campaign millions of dollars, but whether or not that is sustainable in a general election setting remains to be seen.

Former Secretary of State illary Clinton, on the other hand, is in a more solvent financial situation with her campaign. According to the latest reports, she raised about $26.4 million in May. She spent a little over $14 million in the same month, and her cash on hand stands at more than $42.4 million.