Faith in Obamacare, or Government, is Misplaced 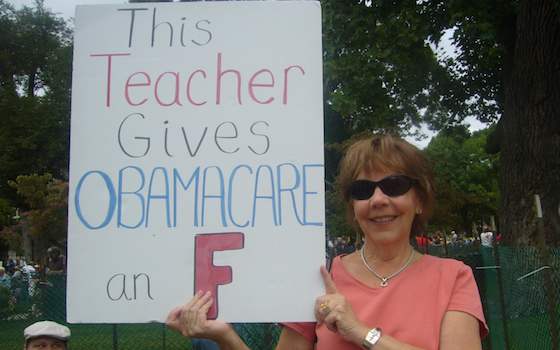 Faith in Obamacare, or Government, is Misplaced (Photo: wstera2 )

One of the reasons our political structure has become dysfunctional no matter which party is in power is that too many of us are living in the moment. The closest we get to history is the instant replay.

It is as if there is nothing the past can teach us; no wisdom that might be culled from those who have gone before. We buy guidebooks, or go online for information about countries or cities we plan to visit, trusting those who have been there to tell us the best places to stay, see and eat. When it comes to more momentous things, like health care, too many people believe government does best, regardless of historical and even contemporary evidence to the contrary.

The well-known quote "That government is best which governs least," often attributed to Henry David Thoreau, has been supplanted in our day by the notion that government is my keeper, I shall not want.

All of the promises about health care "reform" are proving dubious at best. The move from insurance exchanges to single payer to the eventual takeover of the health care industry will happen incrementally, but inevitably, unless Republicans win back control of government and have the courage to repeal and replace Obamacare with something better.

What should awaken apathetic Americans is a recent story in The headlined "Cost of Treatment May Influence Doctors." The story said some of the country's largest medical groups are now suggesting that physicians consider cost when treating patients. The Times says a subtle shift is taking place within medicine as "doctors are starting to redefine their roles, from being concerned exclusively about individual patients to exerting influence on how health care dollars are spent."

In other words, are you "worth" being treated for cancer or other illnesses that can cost a lot of money? When government pressures health care providers to accept a utilitarian view of human life, it is a short step to government deciding whose life is worth living and whose is not.

When the dollar becomes almighty, the Almighty who creates life takes a back seat.

Promises that the misnamed Affordable Care Act would reduce costs are already being proved wrong. Health care spending is surging, according to another story. President Obama promised it would decline. We heard similar promises 50 years ago when was introduced. Politicians then promised costs would never exceed a certain level, which they did in very short order.

Critics of Obamacare say one of its objectives is to put insurance companies out of business. The is one of the nation's largest. It recently reported lower earnings and said the health care law is partially responsible.

The "sound of inevitability," to quote from the film "The Matrix," can be heard across the Atlantic. The National Health Service (NHS) continues to sputter as its experiment in socialized medicine produces horror stories that could be replicated in the United States if government is ever allowed to control not only insurance, but treatment.

A UK Daily Mail story tells of a great-grandmother who died in agony at . She suffered from a perforated bowel and while she screamed in pain for help she was told a nearby doctor, who was playing on a computer, "wasn't on duty." Stories of neglect, long waits for treatment, insensitivity toward patients and unusual numbers of deaths in some UK hospitals are no longer exceptions, but are increasingly common.

Why do so many have faith in government when government has a track record of failure and incompetence in the many tasks it undertakes? How can government be expected to miraculously acquire competence when it comes to health care?

Real faith is based on something substantive, not false hope. Government is a false god that history proves can't deliver on most of its promises.

Faith in Obamacare, or Government, is Misplaced